Accountants, leadership and the age of distrust

Australia’s biggest consulting firms are telling big business it’s time to get real or risk your clients walking - a sizeable shift that works in favour of the accounting profession.

When big business starts pouring money into new communications strategies, you can be sure of a sizable shift in the market.

At an otherwise business-as-usual roundtable at KPMG’s new Sydney headquarters late last year, chair Alison Kitchen threw out a show-stopper which confirmed that public distrust is a palpable threat to long-standing institutions, like banks. For 2018 and beyond, KPMG is advising it’s biggest clients now to get real in their communications, against a backdrop of mounting popular scepticism towards stage-managed messages.

This is no small shift, considering the veils of diplomacy, PR and marketing which have shielded Australia’s largest institutions for decades, and particularly since the age of the Internet.

“For business, we need to ensure consumers feel they are genuinely being heard. They must feel that their needs are being taken into account and that they are dealing in a transparent world of integrity, instead of spin,” KPMG’s report said.

“This necessary cultural realignment is a huge challenge, not just for 2018, but also for the years ahead,” the report said.

In the otherwise unsettling assessment from KPMG - the firm also delves into growing public distrust of facts and politicians increasingly pushing back on judge’s rulings - comes an opportunity for accounting professionals.

The report found that employees and those in client-facing roles have more credibility amongst the general population than C-level executives. Combine this with a building distrust of anything touched by the hands of a marketer or politician, and accountants are in the driver’s seat to occupy a position of leadership.

Accountants have long held the mantle of the trusted adviser, so much so that the profession is often criticised for forgoing marketing and business opportunities to prioritise their clients’ affairs.

This isn’t just an insular view either, sentiment surveys and ‘trustability’ scales nearly always have accountants following doctors, nurses and emergency services workers. According to Roy Morgan Research, which asks Australian consumers to rate the ethics of various professions, accountants have been number one amongst finance-related workers since 1991.

We have hard evidence now that your clients, and potential new clients, are looking for new leaders. They are looking for honesty, ethics, and real results. Accountants have all these qualities, but what lacks is activism. For most accountants, having a voice that extends beyond clients and referral relationships is - understandably - not a priority.

At the 2017 National Congress, I spoke on a panel with the IPA’s chief executive Andrew Conway on this very issue. He said a few things throughout the congress that resonated with delegates.

“We are at the point of electing governments who are promising not to do things, we are swallowing that. The profession needs to step up and say enough is enough,” he said.

“With all due respect to government departments, they don’t live in the world you live in. We’ve got to do it together as a profession, and get public interest ahead of political interest. A failure to act on this will be a blight on future generations,” he said.

KPMG believes that governments should be looking to industry stakeholders to rebuild trust in politicians. In its report, the firm said dialogue between government and voters needs to be significantly more “two-way” to get a handle on the issues genuinely affecting their lives. You’ll be hard-pressed to find a professional and a support system more crucial to a massive constituent of voters - small business - than an accountant.

In the ever-busy day of an accountant, focusing on anything outside of your clients’ deadlines is a big ask. But more and more, leadership and activism is becoming an expectation of those clients. In 2018 and beyond, to have a voice is not indulgent - it’s serving the clients who trust you the most.

This piece was originally produced for the Institute of Public Accountants

Accountants, leadership and the age of distrust 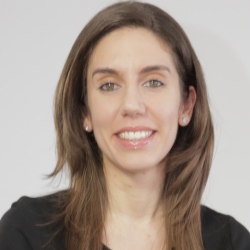