The property bubble has been inflating since the late 1980s and to better understand which tax policies have contributed to the inflation or propping up of this bubble, we have to go back to when it all started.

To be clear from the outset, I’m a libertarian. As I said in a recent article about the bank tax, “Philosophically I have always been opposed to any additional taxation, even if it doesn't affect me or Accodex's clients. Instead, I will always favour conservative management of government spending.”

In the same breath, when there is government cash up for grabs, the capitalist in me says I have a duty to my shareholders and my clients to go grab. That said, when it comes to the real estate market we’ve seen 30 years of wealth redistribution and middle class welfare that has contributed to one of the largest property bubbles in history.

Don’t get me wrong, you can make money in a bull market, you can make money in a bear, all you need to do is time your entry and exit and try not to get emotionally attached. One thing Australians do get overly emotional about, is home ownership and the Australian Dream. The hardest thing to figure on market cycles is timing. Depending on who you ask, and what mood they’re in, this property bubble could burst next month, next year or next decade.

Anyone who’s been following me for a while will know I’ve been bearish on real estate for as long as I could afford to buy a house.

The day after I posted that I was bearish on real estate on Facebook in 2011, when asking prices were around $550,000, I proceeded to sink my house deposit into building Accodex. I was 24 and aghast that the house to income ratio had blown up so much since the '80s. I have since written about this in the face of much criticism from property bulls. It was already one of the highest in the world. Now, I know that $550,000 for a house seems like a bargain to many readers, which only proves my point.

This week, one of Australia’s top tech entrepreneurs proclaimed, “Australia’s economy is a house of cards.” If you’ve already hit your billable target for the week, get a coffee and spend an hour reading it.

The article got me thinking about tax policy. More specifically, which policies contributed to the inflation or propping up of this bubble. Let’s go back to when the bubble began in the late '80s.

Capital gains discount: While CGT discount is often blamed for inflating the bubble, my esteemed colleagues know that prior 20 September 1985 there was no capital gains tax. So this policy definitely wasn’t responsible for the bubble.

Self-managed superannuation funds: Letting taxpayers control their own superannuation and invest in whatever the hell they want (subject to the sole purpose test obviously) is a good thing and I’m all for it. So, you cannot blame the humble SMSF for contributing to bubble. Though I’m sure pouring billions of superannuation money into the property market didn’t help one bit.

Limited recourse borrowing arrangements: On 24 September 2007 a tax determination was made to make it easier for SMSFs to leverage up into real estate. At the time, the legislation made sense. I mean technically an SMSF could buy an instalment warrant on the ASX with no trouble, so why not the same for other assets. Even back then the interest rates were not attractive, the LVRs were a joke and the paperwork was eye watering. Over time these conditions improved and we’ve all seen LRBAs get easier and easier to set up. The impact of which was two-fold, first you unlocked a whole pile of new money in SMSFs which in and of itself was palatable, but then you leveraged it.

National rental affordability scheme: If you don’t know about NRAS, you probably should. It’s a great cash grab for clients. The scheme provided for a $7,846 refundable tax offset on top of smaller state government top-ups. While I appreciate the sentiment behind privatising public housing, this scheme definitely added to the property bubble.

First home buyer grant: I remember when the government moved to double the first home owner grant between 2008 and 2009 to “stimulate the economy.” This was in addition to other state-based grants as well. I remember seeing my friends, 22 at the time whipped into a buying frenzy as if it were raining money. You don’t need to be an economic wunderkind to know that the money got tacked straight on top of the sale price.

First home saver account: Introduced in 2008 this one was a great little tax shelter. For starters, you received a 17 per cent co-contribution on the first $6,000 in deposits to an eligible FHSA. Then the earnings were concessionally taxed at 15 per cent. Always keen for an opportunity, I set one up when they first came out. I figured I might still use it to buy a home, and worst case scenario I could roll it into super. Then when they abolished the scheme in 2015 I had unrestricted access to concessionally taxed funds with no penalty. Naturally, (because I’m a millennial) I spent this unexpected windfall at Disneyland because I definitely wasn’t buying a house then.

In all seriousness though, it’s sufficient to say this policy did not contribute to the bubble. Though it was a sign of the times that the government at the time was happy to use older taxpayers’ money to get a younger generation into the property market. I mean, Boomers were already guaranteeing their kids’ home loans, this was just insult to injury.

First home super saver scheme: On the one hand, I’m glad they didn’t let first home buyers cash out superannuation to pay home deposits! I campaigned hard against this policy and in an interview with Claire Connelly, I described opening super to pay for property as “ponzi finance which will bankrupt a generation”. The substitute FHSSS policy announced in this year's budget was a joke, it’s worse than the original FHSA policy. For starters, the pre-tax contributions are taxed at 15 per cent which basically precludes anyone under $37,000, and then it’s taxed on the way back out. Adoption of this scheme will be lower than the FHSA. In fact, please comment if you have seen any clients or their staff actually using this. I suspect the government knew adoption would be low, this announcement was just lip service to be seen as doing something on affordability.

Negative gearing: Last but not least, our favourite tax planning strategy for high income earners. In 1985 the Hawke administration introduced the concept of what we know as negative gearing, six months later, they changed their mind and property losses went back to being quarantined. Then, after intense lobbying from real estate groups (I wonder why), the government caved and negative gearing was reintroduced on 1 July 1987, and it’s been here ever since.

In my opinion, of all the tax policies, negative gearing was the biggest contributor to current prices, but the story doesn’t end there. The main suspects are:

In aggregate, these policies, of which there are many, have caused far more damage than any tax policy could. 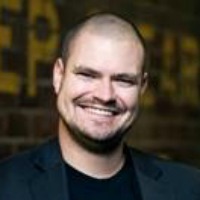