Blockchain: why it’s time for accountants to get on board

The accounting industry is likely to be the most disrupted due to blockchain technology, so it is vital that accountants get on board as soon as possible.

The advent of cloud-based accounting systems have proven to be game changing. But even the cloud itself could pale in comparison to blockchain technology, which is potentially one of the most disruptive technologies to affect the entire business world.

CSIRO’s Data61, Australia’s data innovation group, says Australia must be at the forefront of blockchain technology. We already have a number of world-recognised blockchain developments, including the work of the Australian Securities Exchange in collaboration with Digital Asset Holdings, to examine the use of this technology in its clearing and settlement system for the Australian equity market.

The World Economic Forum says 80 per cent of banks are predicted to start blockchain projects this year, and US$1.4 billion has already been invested in the technology over the past three years.

Australia is the world’s eighth-largest exchange and stands to be the global leader by adopting blockchain ahead of the world.

Blockchain stores records in groups called blocks. Each block is time stamped and linked to the previous block. It’s incorruptible and unalterable, making it ideal for recording transactions without requiring a central authority.

What makes it so disruptive?

Importantly, because blockchain lets participants verify and audit transactions without the need for a third party, it delivers a level of certainty and trust not seen previously in internet-based transactions. It practically automates parts of the audit process, for example.

What industries will be affected?

The accounting industry is likely to be the most disrupted due to blockchain technology, since it fundamentally changes the way transactions are made and recorded. But blockchain, because it removes the need for a third party or middleman, has exciting potential applications outside the finance industry.

Some of the industries likely to be disrupted by blockchain include:

- Healthcare: providers will be able to share medical records securely using a private or permissioned blockchain, relying on the security inherent in blockchain to ensure no information has been altered.

- Politics: casting, tracking, and counting votes using blockchain will eliminate voter fraud and questions of legitimacy, since the records are open and people can verify the count themselves. The audit trail means they can be certain that no votes were changed or removed, and no illegitimate votes were added.

- Entertainment: blockchain technology could be used to make music sharing fairer and to solve licensing issues. Users could listen to music and use the blockchain to pay artists directly. This could eventually lead to the demise of record companies as we know them.

- Real estate: purchasing and selling properties could become much faster and more streamlined by using blockchain technology instead of manual, extensive paperwork. Real estate blockchain applications can manage the entire process from end to end.

How will blockchain disrupt the accounting industry?

Blockchain will disrupt the accounting industry by making certain practices and even some professional services obsolete.

For example, once transactions are entered into the blockchain, they can’t be altered. Corrections can be made after the fact, but they are transparent to all parties so data can’t be falsified or manipulated. This makes auditing easier and more reliable, and reduces the possibility of error. Consequently, some of the manual tasks involved in auditing may disappear, although it’s unlikely auditors will be completely replaced.

Security may also be easier to manage using blockchain technology, because it makes your financials all but impervious to hacks. This is due to the exceptionally strong security provided by blockchain encryption and the fact that you can’t simply hack into the blockchain and make undetected, unauthorised changes.

What should accountants do to prepare for blockchain technology?

It’s not a matter of if blockchain technology will become pervasive; it’s a matter of when. So it’s essential for the tax and accounting industry to become familiar with blockchain and how it works.

If your business depends on audit or other transactional services, consider diversifying into areas that are more creative, because blockchain will make the audit process streamlined, fast, and automated. Accountants can add more value by providing strategic advice than by undertaking basic bookkeeping functions and the emergence of blockchain technology should accelerate firms’ evolution away from these tasks.

There are still many unanswered questions about blockchain and how it will be adopted, so accountants and auditors should make themselves part of that conversation to help drive the industry’s direction.

Blockchain: why it’s time for accountants to get on board 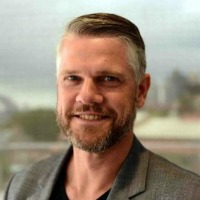