Prime Minister Scott Morrison has rejected calls to reinstate JobKeeper, insisting that there is no time to implement a system to deliver emergency payments to individuals who need it now.

Despite 13 million Australians — more than half of the country’s population — now in lockdown, Mr Morrison is standing firm on his decision not to return to JobKeeper as pressure mounts from local and state government leaders.

“You’ll recall that, when we put JobKeeper in place, it took four to six weeks in order for the system to be rolled out, for businesses to go to their banks to get the loans for their cash flow, to then actually make the payments to those who are working with them, and to work through that process.

“I don’t have six weeks. I need to make sure that we’ve got $200 million out the door now. Which is exactly what we’ve done.”

Mr Morrison’s stance comes after both Melbourne and Sydney lord mayors Sally Cap and Clover Moore took to ABC News Breakfast on Wednesday to add to a groundswell of demand from state leadership and businesses who are calling on the federal government to renew the wage subsidy.

Melbourne lord mayor Sally Cap said her staff have been calling for the return of JobKeeper since Monday, as the city enters what is being dubbed “Lockdown 5.0”, and on Thursday will have seen some Victorian residents spend six of the last 18 months under lockdown.

Ms Cap said that the permanent reintroduction of the wage subsidy would give residents the confidence that they’re supported, even if future lockdowns are required.

“Even when we come out of lockdowns, there are ongoing lags to returning revenues,” Ms Cap said.

“What JobKeeper would do would really give everybody a sense of confidence about the future and if we go in and out of lockdowns as we keep responding to this virus, there would still be that underlying mechanism helping people cope with the other elements of this pandemic and that is the financial hardship, the emotional and mental anguish that has come from our responses.”

Calls made by Mayor Cap were echoed swiftly by those of Sydney’s mayor, Clover Moore, who said that the federal government had failed the nation, and that if it weren’t for a cumbersome vaccine rollout, Sydney wouldn’t be in the position that it is.

“This is also why we’re calling for [the] reinstatement of JobKeeper,” Ms Moore said. “When I talked to businesses last year, it was JobKeeper that helped them survive that. And given the federal government has failed us on vaccination, it’s got to really help people get through this again.

“And JobKeeper is the most effective way of doing that.”

The Morrison government has so far introduced various individual and business support mechanisms in partnership with the New South Wales and Victorian government, after weeks of public pressure and requests.

Mr Morrison announced the introduction of a new cash flow boost, dubbed JobSaver, alongside Premier Gladys Berejiklian last week which will see eligible businesses receive a minimum of $1,500 and a maximum of $10,000 per week.

JobSaver was announced along with a boost and expansion of the federal COVID-19 disaster payment, which was last week bumped from $500 to $600 for those who work more than 20 hours each week, and from $325 to $375 for those who have lost between “eight and 20 hours” of work a week.

The payment was extended to the whole state, not just those in Commonwealth-declared hotspots.

In addition to the resumed $200 million, the Andrews government announced that it had reached a similar agreement with the federal government than what was reached with NSW. The boost and expansion of the COVID-19 disaster payments was made available to Victorians across the state, under the same conditions imposed on residents of NSW. 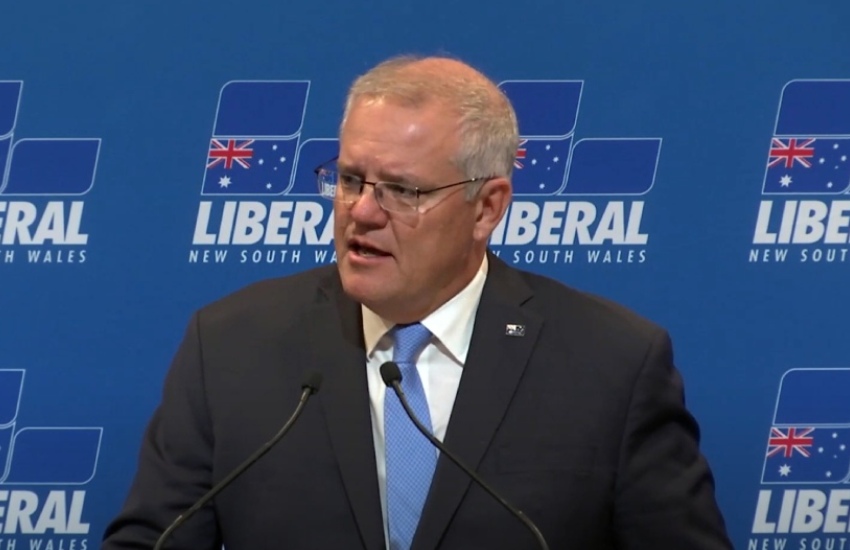