The industry body has warned that the Queensland government’s state budget emerges as one founded on good intentions to spur economic growth through job creation in infrastructure and tourism, but it may be overshadowed by the border uncertainty that persists.

In handing down Queensland’s state budget on Tuesday, Treasurer Cameron Dick made it clear that the Palaszczuk government’s primary objective was to deliver economic recovery on the promise of job creation throughout the sectors which, traditionally, have been the state’s strongest.

But in doing so, the state risks betting on the timely completion of Australia’s COVID-19 vaccine rollout and the easing of border restrictions — variables that might not deliver the outcomes Mr Dick is expecting, said Jane Rennie, general manager of external affairs at CPA Australia.

“Taking an ‘If you build it, they will come’ approach only works if the people you’re trying to attract aren’t locked out.”

One of the budget’s centrepieces is a $3.34 billion Queensland Jobs Fund, and the “signature” $1 billion Works for Queensland program, each aimed at upskilling the state’s workers and creating jobs.

“This investment will create jobs and support our government-owned businesses to expand ownership of commercial renewable energy and hydrogen projects, along with supporting infrastructure, to deliver on our 50 per cent renewable target by 2030,” Mr Miles said.

The commitment is a symbol of ramped-up competition among the states, as each leans into vying for business investment to bolster their economic recoveries, Dr Rennie said.

“The Jobs Fund includes a number of elements designed to pique interest from interstate,” Dr Rennie said. “This is evidence that competition among states for business investment is heating up across Australia.

“The government’s focus is on attracting bigger employers and mature industries, which deliver better bang for your buck in terms of jobs growth.”

Part of the Queensland Jobs Fund is aimed at bolstering the state’s vaccine development and production capabilities, which Dr Rennie said was “pleasing to see”.

“It’s pleasing to see forward-thinking initiatives like this, which will not only help future-proof Queensland’s economy, but also that of the whole country.”

A further $10 million has been committed to the state’s tourism industry, a sector hit particularly hard by the pandemic over the last 12 months. The investment will be made over two years and will be aimed at rebuilding “aviation connectivity”.

Minister for Tourism Industry Development and Innovation and Minister for Sport Stirling Hinchcliffe said the investment was crucial to getting flights in the air, and an important part of the tourism industry’s path to recovery.

“To date, more than $860 million has been committed by the Palaszczuk government to support the tourism and events industries through the global pandemic,” Mr Hinchliffe said. “In a decentralised state like Queensland spoilt for first-class visitor destinations, aviation access is critical.

“That’s why this budget commits a further $10 million over two years to help secure new routes and easier access for visitors.”

While domestic travel and migration is picking up some of the slack left behind by international travel, Dr Rennie said, these measures remain ambitious while the nation’s economy is in a pandemic “straitjacket”.

“Domestic migration is absorbing some of the slack, but the economy will remain in a straitjacket until these pre-conditions are met and international tourists and students return,” she said.

The Palaszczuk government will also invest $140 million directly into the state’s small business sector, with a Big Plans For Small Business Strategy. The commitment was pitched as part of a broader package which included a $1 billion housing investment along with a $27.5 billion transport and roads spend.

Minister for Employment and Small Business and Minister for Training and Skills Development Di Farmer said the Big Plans For Small Business Strategy came as a direct result of speaking with thousands of businesses across the state.

“The strategy includes a $100 million Business Investment Fund, $30 million to increase small business skills and capability, and $10 million to make it easier to do business with government including making the Queensland Small Business Commissioner role permanent,” she said.

“The Back to Work initiative has been extended with $140 million over four years for targeted employer payments to help businesses recruit and retain young people, Aboriginal and Torres Strait Islander people, people with a disability or the long-term unemployed.

“We’re also investing $31.2 million to extend the 50 per cent payroll tax rebate for apprentices and trainees to June 2022.”

Dr Rennie welcomed the state’s efforts to acknowledge the importance of the small business sector.

“With the cost of borrowing so low at present, we don’t consider the size of Queensland’s debt concerning. Expansionary fiscal policy is appropriate at this stage of state’s economic recovery,” she said. 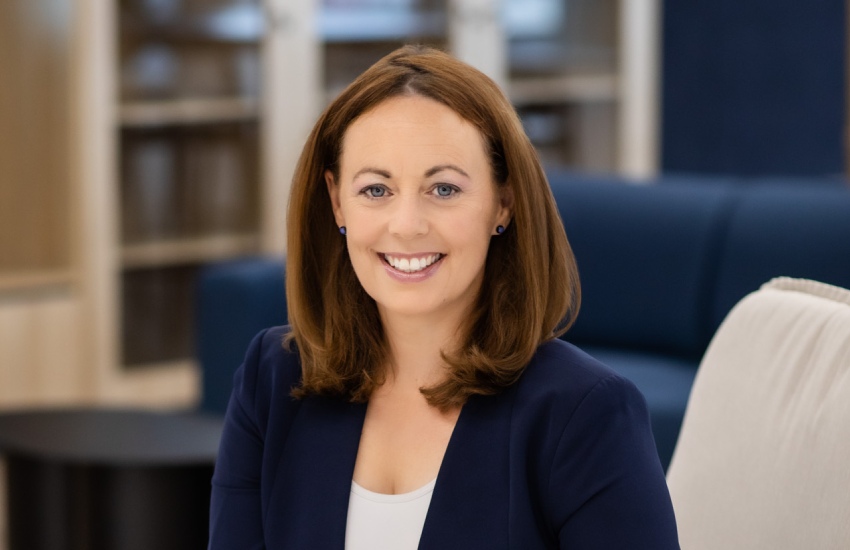