The announcement of Victoria’s fourth lockdown has reignited calls for new, targeted support in the wake of JobKeeper’s end — and a more efficient, rigorous vaccine rollout — from across the accounting industry, the broader business community and Australian unions. 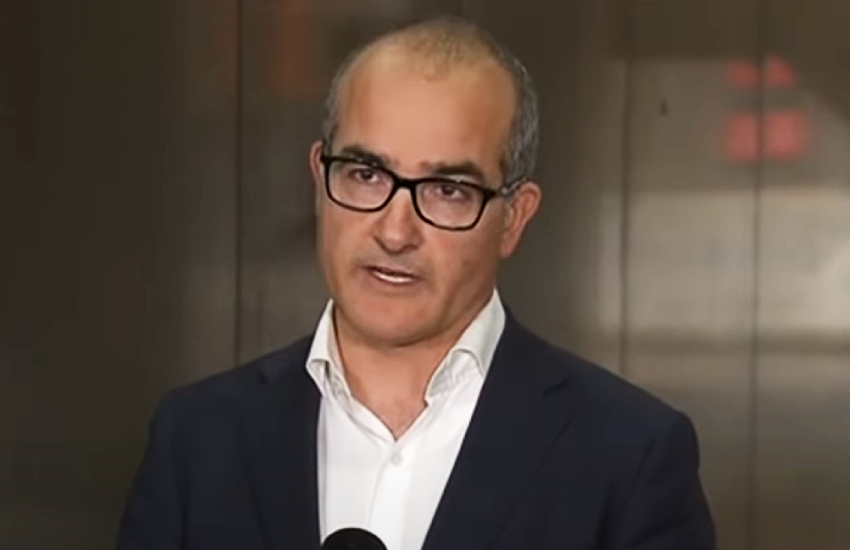 Announcing the seven-day lockdown on Thursday, Victorian acting Premier James Merlino acknowledged the challenges and costs the move would mount in the face of Victorian businesses, and suggested the Andrews government was looking into providing targeted support.

It’s a measure leaders from across the accounting industry, and the broader business community, on Thursday declared necessary, along with an expedited vaccine rollout and a competent, federalised hotel quarantine scheme.

CPA Australia’s manager of external affairs, Jane Rennie, called on the Victorian government to offer immediate support, as they face a lockdown the Victorian Chamber of Commerce and Industry estimates will cost the state’s businesses $1 billion.

“Small business is Victoria’s biggest employer. Its importance to the state’s economy cannot be overstated,” Dr Rennie said. “The Victorian government should provide direct and immediate financial support to businesses harmed by the lockdown. This support should be widely available and not limited to certain sectors.

“Given the potential for future lockdowns, we think there should be a co-ordinated national scheme to provide support for affected businesses. This could be co-ordinated through the national cabinet and triggered when a lockdown is announced. This would provide businesses with greater certainty and allow them to plan and operate with more confidence.”

It’s a sentiment which was echoed by Tony Greco, general manager of technical policy at the Institute of Public Accountants, who said other targeted options would need to be considered to protect businesses from the damaging impacts likely to cripple some of the state’s businesses.

“The constant uncertainty businesses are facing and operating within is not sustainable,” Ms Franks said. “We need the support and confidence to be able to put the open sign on the shopfront and keep it there.

“JobKeeper was a temporary Band-Aid on a bullet hole, with the latest Victorian lockdown demonstrating just how important it is that the government treats the wound and get Australians vaccinated. The continuous cycles of lockdown are damaging to both the economy and morale.

“The sooner the vaccination program reaches its critical mass, the sooner businesses and the community can have greater certainty which will assist the economy in its recovery.”

Victoria’s latest lockdown renewed debate in Parliament on Thursday over whether a faster, more efficient national vaccine rollout could have prevented the state’s lockdown, and who should be held accountable for its impacts.

Mr Merlino told reporters on Thursday that the nation’s vaccine rollout was the Commonwealth’s responsibility, and that the state could have avoided the snap lockdown if vaccination rates were higher.

“We would not be in this position that we are today, this necessary and difficult position, that we are today, if our vaccination rates were much higher than they are right now,” he said. “These are supply issues the Commonwealth is responsible for — securing, procuring, and then delivering the supply — so that’s been one of the problems.”

Leaders from across the political spectrum, the broader business community, the accounting industry and the nation’s unions, each pointed to the federal government, unanimously blaming its slowed vaccination program for Victoria’s lockdown.

The Australian Council of Trade Unions (ACTU) accused the Morrison government of withdrawing JobKeeper prematurely and urged the Prime Minister to take responsibility for this lockdown and the costs to businesses — and their staff — that are likely to ensue.

“The Victorian lockdown will be the first to extend beyond a weekend since the Morrison government prematurely ended the JobKeeper wage subsidy at the end of March, despite an uneven recovery and a failing vaccine rollout which meant that additional lockdowns were likely,” the ACTU said in a statement.

“The Morrison government bears clear responsibility both for this lockdown, caused by a combination of its lack of action on national quarantine standards and inability to efficiently distribute the vaccine, and for any job losses resulting from its short-sighted decision to end JobKeeper for all.”

In a tweet, ACTU secretary Sally McManus described the Morrison government’s cumbersome vaccine rollout as “infuriating” and called for renewed focus and urgency.

“The total lack of urgency by the Fed Govt to stop foreseeable disasters is infuriating,” she said. “Why were they not working [sic] DAY & NIGHT and pulling out [sic] ALL STOPS to set up safe quarantine & get us vaccinated? Now jobs will be lost & health is at risk,” she said. “There are no excuses for negligence.”

Facing questions from Opposition Leader Anthony Albanese in Parliament, Prime Minister Scott Morrison said his government anticipates 4 million doses of the vaccine to be administered by the end of the week, nationwide, before pointing to a cautious approach to the vaccine’s approval as cause for its delay.

“By the end of this week, Mr Speaker, we anticipate 4 million doses will have been administered, despite the fact that we have had to deal with medical advice which has changed the nature of the AstraZeneca vaccine used for those under the age of 50, and also because of the supply disruptions we saw earlier in the year,” Mr Morrison said.

“It is true that we did not take the approach of emergency procedures to take through the approval, processed through the TGA, Mr Speaker.

“We did not go through that process of cutting any corners or taking a different process because we wanted Australians to be assured that the approval processes for those vaccines went through proper checks and balances.”