The Morrison government’s plans to reduce the coronavirus supplement for Australians on JobSeeker, Youth Allowance and Parenting Payment will see 145,000 jobs lost, costing $31.3 billion, according to new economic analysis.

Modelling by Deloitte Access Economics, on behalf of Australian Council of Social Services, analysed the impact of the subsidy being reduced to $250 per fortnight on 24 September before being removed completely on 31 December.

According to Deloitte Access Economics partner Nicki Hutley, every dollar that the government invests in JobSeeker is generating a significant economic return, helping to lift the country out of recession.

“Providing people without paid work with enough to get by is highly effective economic stimulus, as they have little choice but to spend straightaway on essentials,” Ms Hutley said.

She pointed out that higher-income earners who have the option to save money are more likely to do so in uncertain times, which will hurt the economy, making it less efficient than JobSeeker payments.

“Our analysis clearly shows that the government’s plans to reduce income support would set back the economy even further. We also know that this would take a serious toll on the wellbeing of millions of people who are without paid work, especially those in regional communities,” Ms Hutley said.

“But they now face a deeply uncertain future, with the prospect of these devastating cuts to their already tight budgets and 12 people receiving JobSeeker for every job vacancy, with this being 28 people for every vacancy in regional areas,” Dr Goldie said.

Dr Goldie pointed out that it goes beyond doing the right thing and creates a stronger economy as the nation looks to build out of its first recession in nearly three decades.

“People and businesses need this certainty in order to be able to rebuild — they need to know that the government has their backs,” Dr Goldie said.

“We’re calling on the government to extend the existing coronavirus supplement to prevent income cuts in two weeks, and move quickly to legislate a permanent, adequate JobSeeker rate that means people can cover the basics.” 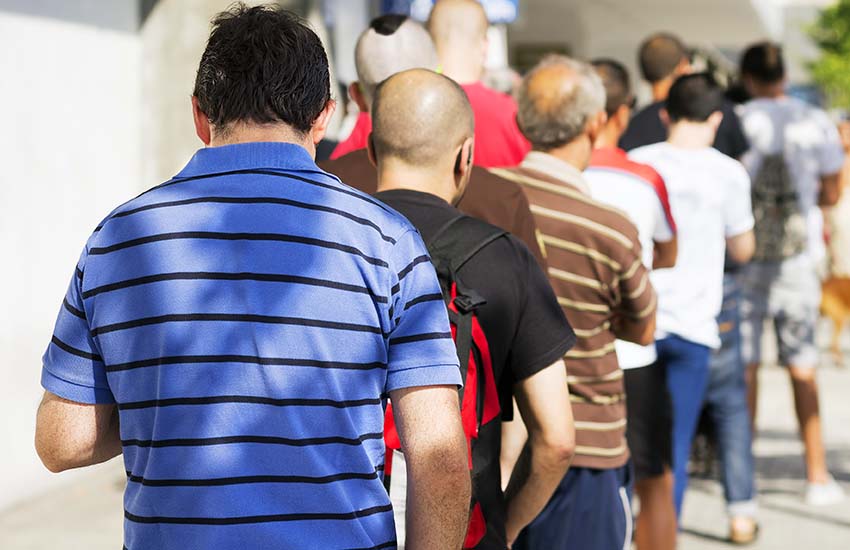