The District Court of Western Australia has dismissed a negligent advice claim made against an accountant relating to an arrangement involving the sale of shares to an SMSF.

In the case of Hohnen v Hopkins [2020] WADC 98, the plaintiffs, Mark Hohnen and his wife Catherine Hohnen, sought to claim for loss and damages resulting from advice they claimed was provided by their former accountant, Rick Hopkins, and his in-house accountant, Janis Sawyer.

The plaintiffs pleaded that the defendant breached his duty of care and the terms of his contracts when he provided oral advice that if they entered a certain arrangement, a $2.1 million payment made to them would not need to be declared in their tax returns for the financial year ending 30 June 2013.

The arrangement involved the sale of shares from a company, Oakhampton Pty Ltd, established by Mr Hohnen and his former business associate Mr Meagher, which was used for making joint investments.

The shares in Oakhampton were held as follows:

In the early part of 2012, Oakhampton received approximately $3.7 million from the sale of shares which it had held in Kalahari Minerals Limited.

In contrast, because of the way in which their shares were held, Mr Hohnen and Mrs Hohnen would be required to pay tax on any fully franked dividends they received.

Due to the income earned by Mr Hohnen through other sources in the 2012 financial year, it was not thought to be financially advantageous for him to receive his share of the profits held in Oakhampton in one payment before 30 June 2012. Mr Meagher, however, wished to receive the entirety of his share of the profits held by Oakhampton in the 2012 financial year.

In an attempt to reduce the Hohnens’ interest’s tax liability and facilitate the payment of Mr Meagher’s share of the profits in Oakhampton in the 2012 tax year, Mr Hohnen and Mr Meagher agreed to sell the shares in Oakhampton held by Mr Hohnen, Mrs Hohnen and the Mark Hohnen Family Trust to the Peter and Olga Meagher Superannuation Fund for a “nominal” sum.

They also agreed to cause Oakhampton to declare a fully franked dividend of $2.6 million and a franking credit of $1,145,285 and to pay that dividend to the Peter and Olga Meagher Superannuation Fund prior to 30 June 2012.

Mr Meagher would then pay to Mr Hohnen a sum which equated to approximately 60 per cent of the dividend and franking credits, less the nominal sum paid for the shares.

Mr and Mrs Hohnen would then treat the payment made by Mr Meagher as a gift. That would mean it would not be declared as income in their tax returns and would be tax-free.

In his defence, Mr Hopkins stated that he did not propose the arrangement and did not advise Mr Hohnen or Ms Sawyer that the plaintiffs would not be liable for income tax on the payments received from Mr Meagher as part of the arrangement.

As an experienced accountant, Mr Hopkins stated that he “would not would not endorse, suggest or participate in such an obvious and crude tax avoidance scheme and that, had he done so, it would have been obvious to any reasonable person that it would amount to tax avoidance and that the plaintiffs could not have relied upon it”.

Specifically, the plaintiffs could not have relied upon it for two reasons, he said. First, because Mr Hohnen was a sophisticated and experienced businessman who would have known the alleged advice was wrong; and second, because Mr Hohnen was assisted in his business, accounting and taxation affairs by his in-house accountant, Ms Sawyer, who, by reason of her education, training and expertise, would also have known the alleged advice in respect of the arrangement was wrong.

The payments received by Mr Hohnen from Mr Meagher were in fact taxable because the arrangement constituted:

Mr and Mrs Hohnen made a voluntary disclosure to the ATO and amended and resubmitted their 2012 tax returns declaring the receipt of the $2.1 million from Mr Meagher.

As part of their resolution of this matter with the ATO, in addition to the additional tax they were required to pay as result of the amendment of their tax returns, Mr and Mrs Hohnen were each required to pay a penalty and a shortfall interest penalty.

While Mr Hopkins gave evidence that he did not personally make a note of the matters discussed at the meeting on 14 May 2012, he did have a “Memo to File” prepared by his associate, Ms Catherine Screaigh.

Mr Hopkins’ evidence was that after the meeting, he recounted to Ms Screaigh the contents of the discussion which she then used to prepare a file note.

In her decision, Judge Kathleen Glancy stated that the Memo to File was consistent with Mr Hopkins’ evidence of his recollection of the matters canvassed at that meeting.

The Memo to File stated that for the 2012 financial year, Oakhampton was not going to pay a dividend and that the cash relating to the capital gain would sit in the bank account.

Judge Glancy stated there was no record in the Memo to File of any discussion about how the difference in Mr Meagher’s holdings and the Hohnens’ holdings in Oakhampton would result in different tax treatment for them should Oakhampton pay out a dividend, no record of any query about how that could be avoided having being raised, and no record of Mr Hopkins advising about how to structure Mr Hohnen’s tax affairs to avoid that consequence.

“I find, based on the consistent evidence of Mr Hohnen, Ms Sawyer and Mr Hopkins that they did meet on 14 May 2012 and that the purpose of the meeting was to start the tax planning for Mr and Mrs Hohnen and Oakhampton, because the end of the 2012 financial year was looming,” she stated.

“I find Mr Hopkins’ Memo to File is the best record of the substance of those discussions given that they are comprehensive and were made close to the time when the meeting was held and because neither Mr Hohnen nor Ms Sawyer gave evidence which contradicted what is recorded in it.”

Based on that evidence, Judge Glancy found that the issue of Oakhampton’s profit from the sale of its Kalahari shares formed part of the discussions, but the discussions were concerned with identifying the capital gains made from that transaction.

“I am unable to be satisfied, based on the evidence which was given, that the meeting included a discussion about how the profits held in Oakhampton could be distributed tax effectively to the shareholders and the possible use of a super fund to hold Oakhampton shares as was pleaded by the plaintiffs. Indeed, I am positively satisfied that it was not discussed at that meeting,” she stated.

“The plaintiffs have not satisfied me on the balance of probabilities, as it was their obligation to do, that Mr Hopkins gave the advice which it was claimed he did in relation to the structuring of the arrangement and the way in which the payment made by Mr Meagher to Mr Hohnen pursuant to the arrangement would be treated for tax purposes.” 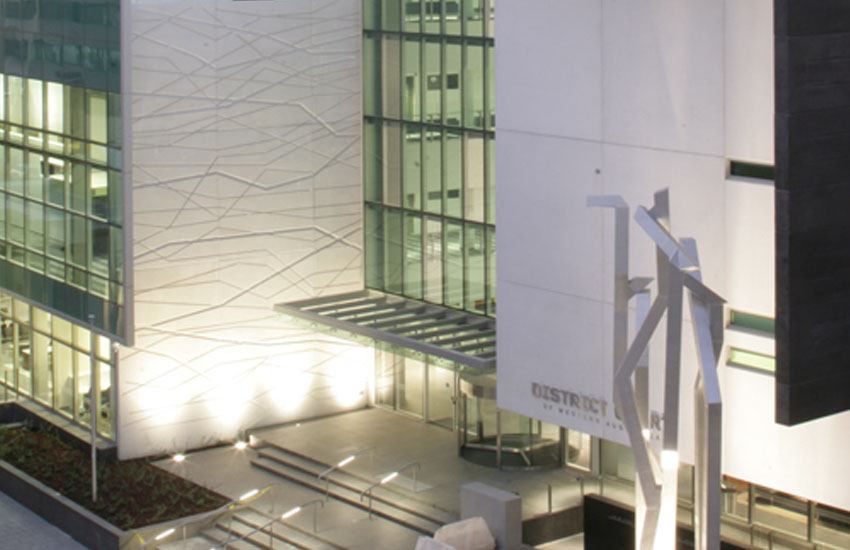