Practitioners have been urged to keep their eyes peeled for clients with “zombie company” red flags as the profession anticipates a looming insolvency spike beyond September.

In an ominous sign of things to come, three out of four members surveyed by the Australian Restructuring Insolvency and Turnaround Association (ARITA) now believe a major spike in insolvencies is either likely or very likely to happen once the government’s stimulus measures come to an end by late September.

The survey of insolvency and restructuring professionals, conducted in mid-June, also found that nearly 40 per cent of respondents reported seeing an increase in “zombie companies” as a result of the current economic supports in place.

These companies have been defined as entities that faced liquidity issues before COVID-19 struck, and have continued to operate by leaning on government measures, such as JobKeeper, despite having no genuine prospect of staying afloat independently.

Writing in a column on The Australian, Chartered Accountants Australia and New Zealand’s recently appointed chief executive, Ainslie van Onselen, said an analysis of ASIC data had revealed a 34 per cent year-on-year decrease in insolvencies since late March, belying what was to come.

“This equates roughly to a shortfall of around 1,700 Australian businesses by the end of September. These businesses are currently operating but likely should have gradually withered on the vine,” wrote Ms van Onselen.

“Looking past September, it is estimated that the final quarter to December will also see an expected 2,000 insolvencies, resulting in a grand total of around 3,700, without factoring any increase that COVID-19 could bring.”

While the government has implemented temporary changes that have effectively given company directors a moratorium period to 24 September from insolvent trading, practitioners have now been urged to keep a lookout for warning signs that point to their clients beginning to face difficulties.

“I think most of the [red flags] are behavioural — it’s those behavioural things such as all of a sudden your phone call isn’t being returned or being picked up… The debt is being paid late when usually all the time it’s been paid usually on time or within a few days of the due date,” said Kristen Beadle, a partner at Hall Chadwick, on a recent CPA Australia podcast.

“If there’s a company experiencing those insolvency indicators… I think it’s better to look at what can be done in the now rather than continuing to incur debt and kicking a can down the road, because it could be that a lot of directors have personal exposures in terms of already providing guarantees to banks on personal property.

“They’re paying a mortgage plus they’re securing a company debt and it’s much better to get in early and mitigate loss than continue on down a path where it’s really probably not salvageable.”

Practitioners have also been urged to start engaging in tough conversations with clients on the viability of their businesses, with CA ANZ and CPA Australia now pressing the government to fund a voucher scheme for businesses to access professional advice.

“It’s very important to keep your eyes wide open. The government’s done a lot of things with policies that have sort of kept things in control and we haven’t had mass collapses everywhere like some might’ve been thinking in the early days,” he said.

“There’s, of course, the view that that has just delayed a lot of businesses from making those tough decisions and that it could be still yet to come as these policies are relaxed and things return to normal.” 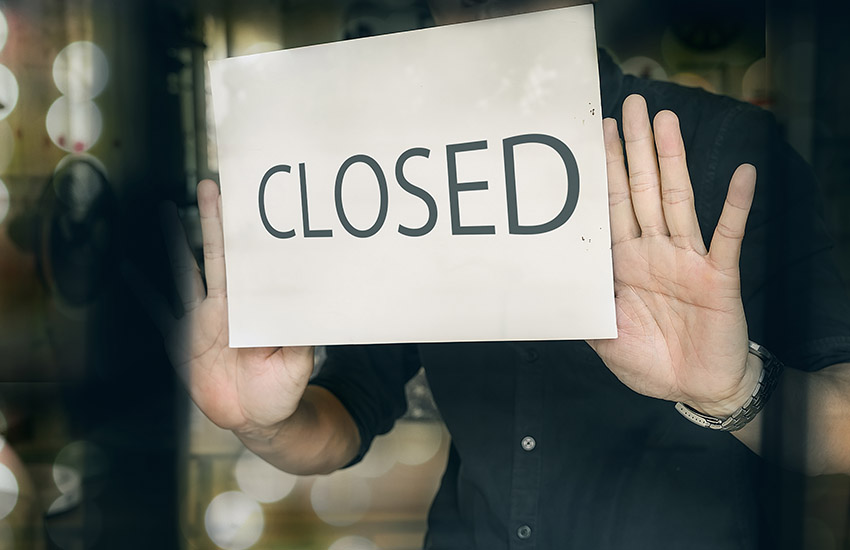