Opposition leader Bill Shorten has labelled the deductibility of the cost of managing tax affairs as a “rort”, hammering home his plans to limit deductions to $3,000, as the industry hits back.

Reinforcing his plans to limit the deductions for the cost of managing tax affairs to $3,000 in a bid to raise $1.8 billion over a decade, Mr Shorten declared the deduction a “rort”.

“One of the rorts we want to shut down – did you know that if you want to deduct millions off your tax, you get your accountant to do it,” said Mr Shorten.

“Did you know you can also claim as a tax deduction the hundreds of thousands dollars you give to your accountant to deduct millions out of the tax system.

“It is a sweet deal, but it has got to stop, this nation can’t just keep funnelling money out of the top end when we have got waiting lists in our hospitals, massive out of pockets for people who have been diagnosed with cancer. It’s about priorities, I’m for middle- and working-class people.”

In a blistering reply, Chartered Accountants Australia New Zealand tax leader Michael Croker said Mr Shorten’s attack was the “bottom of the political barrel”, and demanded an apology on behalf of the industry.

“You have reached the bottom of the political barrel when you are attacking not the people who are dodging tax, but the gatekeepers making sure Australians aren’t paying too much tax,” said Mr Croker.

“Accountants are one of Australia's most trusted professions, and for a politician to kick off a campaign by attacking our integrity is, to say the least, a bit rich.

“That said, given we are exchanging free advice now, the political strategy of name-calling an entire profession is questionable and divisive.”

The basis of Labor’s proposal comes from analysis of ATO data that showed that in 2014-15, 19 people claimed an average of $1.1 million in deductions for the use of “the lawyers and tax advisors that helped them pay no tax”.

The proposal covers expenses relating to preparing and lodging tax returns and activity statements, including the costs of lodging tax returns through a registered tax agent, obtaining tax advice from a recognised tax adviser, appealing to the Administrative Appeals Tribunal or courts in relation to tax affairs, interest charges by the ATO and dealing with the ATO about tax affairs.

Mr Croker said that, because managing tax affairs covered such a variety of circumstances, it was unlikely that millionaires would be the only taxpayers hit by the proposed $3,000 cap.

“Let’s be clear that it’s not just millionaires who claim more than $3000 in tax compliance costs – it is also mums and dad’s going through one-off life events,” said Mr Croker.

“My question to Mr Shorten is this – are they too all rorters? Do they not deserve a fair go? Hardworking accountants and their clients are very much looking forward to your answer,” he said.

“To deny Australians a tax deduction for the full cost of dealing with ATO compliance and audit requirements is unfair and creates a David versus Goliath situation.”

The Institute of Public Accountants chief executive Andrew Conway has been highly critical of Labor’s measure, noting that such a cap would have a “disastrous impact” on the community.

“It seems to me that [the] measure has come about because there is a handful, perhaps two handfuls, of people who have done the wrong thing by overclaiming deductions in this space and I think they need to be addressed head on but I don’t think it is fair to penalise the entire community by limiting deductions in this way to a particular figure,” said Professor Deutsch.

Commissioner Chris Jordan had last month questioned the basis of the proposal, noting that the millions that Labor were pointing to were probably down to general interest charges in large settlements.

“When people see a quick headline, ‘millionaires paying millions not to pay tax’, there might well be some other reason entirely, like GIC, and I think we’re trying to break that box down now,” said Mr Jordan at the Tax Institute’s National Convention.

“For this one, it is the label on the tax return and in that label, it is not just tax agent fees but penalties and deductible interest. If you’ve got all that GIC and you’ve paid an enormous settlement, you can claim the GIC as a tax deduction so yes you might have millions of dollars of income but I can’t see any rational or even irrational person, spending over a million to not pay tax on a million.

“Just like in the work-related expenses area, to give them a better feel to see what is the tax agent fee versus what is the big GIC, and it is the big GIC figure and settlement figures that drive these amounts but again policy is formed on a perception.” 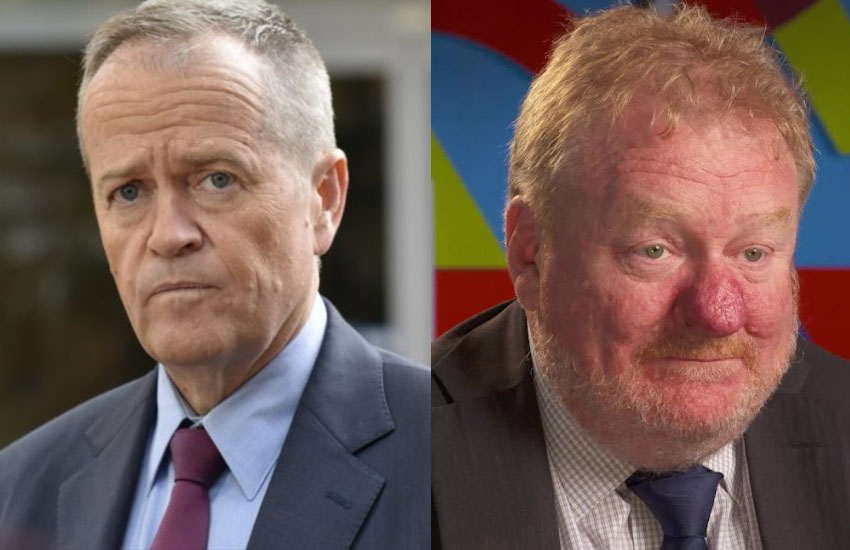