Labor’s proposal to limit the deductibility of the cost of managing tax affairs to $3,000 has been met with scepticism from the tax commissioner.

The basis of Labor’s proposal comes from analysis of ATO data that showed that in 2014–15, 19 people claimed an average of $1.1 million in deductions for the use of “the lawyers and tax advisors that helped them pay no tax”.

The proposal covers expenses relating to preparing and lodging tax returns and activity statements include the costs of lodging tax returns through a registered tax agent, obtaining tax advice from a recognised tax adviser, appealing to the Administrative Appeals Tribunal or courts in relation to tax affairs, interest charges by the ATO, and dealing with the ATO about tax affairs.

Speaking at the Tax Institute’s National Convention, ATO Commissioner Chris Jordan said the millions that Labor point to were probably down to general interest charges in large settlements.

“When people see a quick headline, ‘millionaires paying millions not to pay tax’, there might well be some other reason entirely, like GIC, and I think we’re trying to break that box down now,” said Mr Jordan.

“For this one, it is the label on the tax return and in that label, it is not just tax agent fees but penalties and deductible interest. If you’ve got all that GIC and you’ve paid an enormous settlement, you can claim the GIC as a tax deduction so yes you might have millions of dollars of income but I can’t see any rational or even irrational person, spending over a million to not pay tax on a million.

“Just like in the work-related expenses area, to give them a better feel to see what is the tax agent fee versus what is the big GIC, and it is the big GIC figure and settlement figures that drive these amounts but again policy is formed on a perception.”

The Tax Institute’s senior tax counsel, Professor Robert Deutsch, who previously labelled the proposal as “outrageous”, revealed that 87.6 per cent of its membership either disagreed or strongly disagreed with the proposal.

“It seems to me that measure has come about because there is a handful, perhaps two handfuls, of people who have done the wrong thing by overclaiming deductions in this space and I think they need to be addressed head on but I don’t think it is fair to penalise the entire community by limiting deductions in this way to a particular figure,” said Professor Deutsch.

In defence of tax agents

Mr Jordan faced significant backlash from the tax profession last year when he said that results from the individuals not in business tax gap report showed that some agents were not living up to the title as guardians of the system.

However, he believes that criticism is reserved only for some erroneous practitioners who deliberately seek to cheat the system and is not reflective of the industry at large.

“I recognise that tax agents are our front line auditors; you’re screening a lot of the rubbish out of the system,” said Mr Jordan.

“What I said was that I am often told that agents are the guardians of the system and play an important role but [with some of the work around] the individuals not in business tax gap with work-related expenses that I was previewing, and the evidence we’re seeing – [it] may not fully support the guardian statement but we want to work together, we need to work together, and mostly we do.” 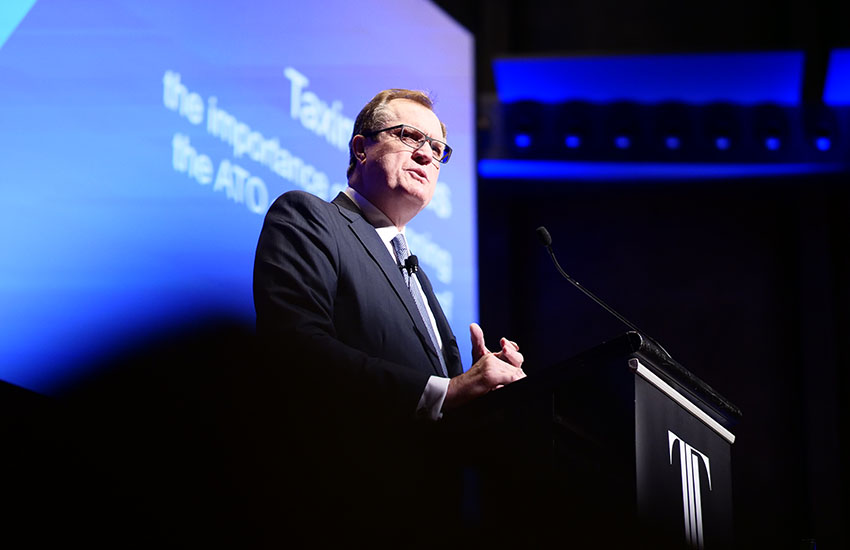