One big four accounting firm has found that the business confidence of CFOs in Australia has grown in conjunction with the improving global economy. 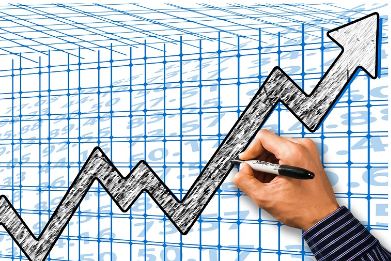 The latest biannual CFO Sentiment report from Deloitte for H1 2017 has revealed that 83 per cent of CFOs are optimistic about the financial prospects of their companies, with a net 25 per cent more optimistic than six months ago.

“Both confidence and optimism continue to improve just as uncertainty becomes business as usual, and encouragingly, our CFOs remain comfortable in the face of the challenges uncertainty presents,” Deloitte CFO program leader Stephen Gustafson said.

“With a more positive global outlook, thanks to continued improvement in the US economy, and strong demand out of China, providing favourable tailwinds for Australian business conditions, we hope to see both confidence and optimism remain in net positive territory.

While 73 per cent of CFOs identified ‘above normal’ to ‘very high’ levels of uncertainty, down only slightly from 78 per cent in H2 2016, Mr Gustafson said that companies are willing to take on risk.

“Conditions are also promoting an appetite for more balance sheet risk,” he said.

“Although this doesn’t mean CFOs aren’t cognisant of potential risks around the corner, but the share of those who think the time is right to take on more risk to drive growth continues to edge up towards 50 per cent.”

Tax reform is a top priority for many CFOs, with 93 per cent believing that tax reform is key to promoting economic growth.

“CFOs overwhelmingly believe that tax reform remains an important step in promoting economic growth, and they’re looking to government to ensure that progress already made on tax and other reform areas will continue as growth catalysts,” Mr Gustafson said.

“At the same time, they understand the need to balance reform which promotes growth and improves conditions for business with ensuring the benefits are inclusively spread across society.”

Meanwhile, CFOs are less concerned about the impact USA President Donald Trump will have on the Australian economy than they were initially according to Mr Gustafson.

“On the Trump front, CFOs have lowered their expectations for what the US President means for the Australian economy and their businesses,” he said.

“Over two-thirds now expect his presidency to have no effect on their business in the short run, while nearly 50 per cent expect this to be the case over the longer term as well.”