An accounting firm director is calling on the associations to evolve to meet members' needs and expectations, including with the provision of resources, after an Accountants Daily poll revealed that the majority of accountants are unsatisfied with their professional association. 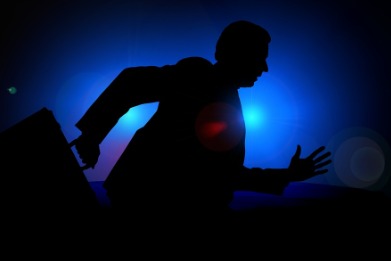 Accountants Daily ran a poll last month asking readers if they are satisfied with their professional association. Of 761 respondents, 76.8 per cent said no and only 23.2 per cent said yes.

“It doesn't surprise me that you got those results,” Ms Smit said. “I think the accounting bodies have got to evolve with the change.”

Whilst Accountants Daily is unable to discern which accounting body each respondent belongs to, Ms Smit said she suspects the result is somewhat related to the recent controversy around CPA Australia.

“There’s obviously a lot of concern in the CPA space and rightfully so, given what's happened. Very disappointing to be honest because I think Alex Malley seemed to have been doing, up until two years ago, an amazing job,” Ms Smit said.

“It's just a shame that it's unravelled this way and that all of these things came to light so that's disappointing to see.”

Ms Smit pointed to the worrying trend that some of the large accounting software providers have inadvertently created communities that rival what the professional bodies enable.

“The accounting bodies are sleeping giants that now have got to catch up.”

On top of creating communities and offering training for their members, Ms Smit thinks the accounting bodies should consider working together for the greater good.

“Is there really a need for all of these accounting bodies and should they not just be pulled together, pool their resources and see how as an industry they can help?” she questioned.

“I don't know what's going to happen with all of that but it sounds to me like there's some opportunity for them to come together and work together.”

Accountants Daily ran a similar poll in September 2016, asking readers if they were satisfied with their industry body membership, which garnered similar results. Of 421 respondents, 78.1 per cent said no, 9.8 per cent said yes and 12.1 per cent said somewhat.

However when Accountants Daily asked readers if they were happy with their professional accounting body in August 2014, the response was slightly more positive with 65.1 per cent of 269 respondents saying no, while 34.9 per cent said yes.

Ms Smit, who is a chartered accountant, said she thinks there has been some improvement in the accounting bodies’ offerings over the last two years, but that there is a long road ahead.

“Two years ago I probably would've said to you, ‘I get nothing, I pay my fees and that's it’. But they have really changed their focus from being just what would've been just a service to the big four firm accountants, to now they've got a representative for the suburban accountants to really give a voice to what the smaller accounting firms are facing,” she said.

“They've still got some way to go but I think they're going in the right direction in that they're really starting to say, well actually a chartered accountant isn't just someone that works at the big four anymore, it's a wider spectrum, and I think that's been really positive.”