To keep accountants from burning out in their 30s and replicate the bottom line benefits of international counterparts, firms from the ground up are being told to consider scrapping “the almighty billable hour” and introducing set diversity targets. 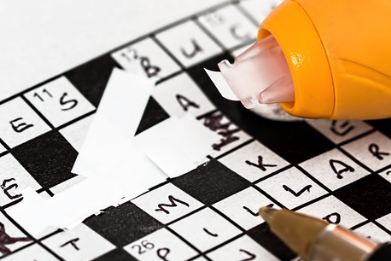 A significant part of what keeps accountants high on the trustability scale each year is their long-standing reputation of being hard workers.

However, the realities of the long hours and the often demanding overtime is also putting off new recruits, said investment analyst at Duxton Asset Management, Lauren Thiel. At the time of interview, she was a senior consultant at KPMG Australia.

Central to this culture is the heritage of billable hours, which Ms Thiel believes is not always in line with a client’s expectations or values. Further, she believes it can hold women in particular back from being productive workers, around points in their lives where family commitments require a more flexible approach to their working hours.

“Change the focus from billable hours to deliverables. I think the customer will be happier — they’re paying for a product. It should only matter how good your work is, and if you get it done on time, and to the quality that is expected — that should be the focus,” Ms Thiel said.

“If we provide people the opportunity to integrate family life with work life, we might be able to retain and attract young talent. Who wouldn’t want to work in accounting if there was that option? If you know that you could be a top-paying figure and still achieve everything you want to in life, I reckon you might choose this as a career path,” she said.

Research consistently indicates a pay gulf between male and female accounting professionals, including conclusive data from the ATO, which compares the salaries of women and men holding the exact same job titles.

“The profession is female dominated until around the age of 30, then it completely flips on its head. It’s just because of the workload, the culture, and the hours,” said chief executive of Accodex, Chris Hooper.

“I don’t think the profession, as a whole, is conducive to work/life integration, and that’s a cultural thing,” Mr Hooper said.

For PwC, addressing gender inequality through set diversity targets — including a minimum 40 per cent intake of female partners each year — was as much a bottom line and productivity decision as it was a social and cultural one.

Retaining talent and creating a pipeline of future leaders is also a core focus for PwC, one that Ms McKay said needs to include considered and targeted diversity strategies to be sustainable.

“We all have to be innovative and responsive to a changing workforce, and we all have to manage risk effectively. It’s not a long bow to draw to understand the diversity of our leadership teams and people will make us stronger. So this is as much for me equality and human rights as it is about business performance,” she said.

‘A long road ahead’

Introducing gender-based targets has had its cultural challenges for PwC, and requires ongoing and “challenging conversations” to ensure it is appropriately understood and implemented.

“There is absolutely a group who believe that’s not the best way to achieve the outcome. There are women who feel like they don’t want to be promoted because they’re a woman. It’s an ongoing conversation about what does leadership and merit look like in our firm, what does the dynamic of the team look like going forward and how do we achieve that,” Ms McKay said.

However, the executive team in particular has reported a positive impact on results and productivity since the rollout of the targets in 2015.

“What people are seeing is really impressive, high-performing people are being admitted. We just had 91 new partners get admitted. There’s a level of excitement about what those people can achieve,” Ms McKay said.

“There’s work to do around society at large — challenging people’s assumptions that if a woman gets made partner it’s because of the targets, as opposed to because she’s a high performer. For me, part of my role is trying to find those pockets where those are,” she said.

“It’s an evolving process. In parts of the business we are seeing really good scores around inclusion, and engagement and performance. Have we got more work to do? Absolutely, in a big way,” she said.

On a personal note, Ms McKay is also an advocate of quotas, which are legislated as opposed to set at the discretion of each business.

“I would love to believe that professional services in Australia could reach any measure of equality and diversity on their own because of the demonstrated business benefits, because of the fact that we are not reaching the full talent pool if only promoting a certain group of people… but I think quotas will at least make those conversations hit the board table,” she said.

“Elizabeth Broderick, when she was sex discrimination commissioner, said if we are not intentionally including people, we are unintentionally excluding them.

“In professional services, a lot of the time, it’s not overt sexism, or overt discrimination, or people having strong views that a certain person shouldn’t be in a leadership role. It’s not an intentional exclusion. It’s the way we organise ourselves, it’s the structure, it’s the flexibility, it’s the way we have conversations.

“This idea if we are not intentionally including, then we are excluding, really makes people think about their own actions. A lot of our leaders like to think they’re not bad people, and they’re not doing anything terrible. But actually that’s not enough. You have to be doing intentional things.”