New research from an international recruiter has found that Australian CFOs have the highest intentions of awarding their financial staff pay rises this year. 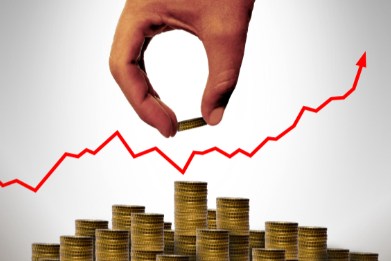 Robert Half’s 2017 Salary Guide has revealed that 97 per cent of Australian CFOs are planning to award pay rises to their finance staff this year.

The research found that an average of 30 per cent of finance workers are expected to receive a pay increase in Australia, with an average raise of 6.6 per cent.

In other countries the percentage of finance workers expected to receive an average pay increase is much lower; 26 per cent in New Zealand, 22 per cent in Singapore, the UK and the Netherlands, 19 per cent in Switzerland and 18 per cent in Germany.

“Pay rises for high-performing staff within the finance sector are indicative of positive business sentiment, and our on-the-ground research about starting salaries also shows optimistic year-on-year salary increases for numerous roles within many areas of the finance department.”

Meanwhile the research found that 91 per cent of Australian CFOs are planning to award bonuses to their finance staff over the next 12 months, with an average of 28 per cent of workers expecting to receive a bonus.

Australia doesn’t rate quite as well on the bonus front, with more finance workers able to expect a bonus in Singapore (45 per cent), France (32 per cent) and Hong Kong (29 per cent).

“Companies will need to sweeten their financial incentive offerings in order to attract and retain top talent in a candidate-short market,” Mr Jones said.

“Jobseekers with high in-demand skills who can make the finance function more efficient, streamline internal processes and add significant value in the short term will be in a strong position to negotiate a higher salary.”