Accounting firms should use blind recruiting to eliminate age bias when recruiting new staff, according to a recruitment agency. 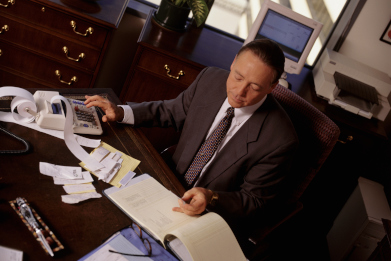 Recent research from Hays found that 71 per cent of Australian employers admitted that an employee’s age can be a factor in talent management decisions.

Hays accountancy and finance regional director David Cawley told Accountants Daily that age bias is definitely evident in the accounting industry, especially among employees or potential employees who are deemed mature-aged or too young.

“In general, there seems to be more bias against mature-age workers. Mature-age workers can be viewed as slow learners, unwilling to try new things or lacking in digital proficiency – yet the opposite is often true. There are also countless examples of people being told they have too much experience to be suitable for a job,” Mr Cawley said.

“It can also be seen when young people are deemed too inexperienced to become involved in certain tasks – but being part of a project team or working alongside a more experienced colleague is a great way for them to develop their skills and progress within a firm or organisation.”

A less obvious area of age bias is against employees or potential employees who are around the age typical of starting a family.

“Of course, women who are considered to be close to parenting age can also encounter age bias. A study by the University of New England Business School found women of a certain age are perceived as unreliable and inflexible due to their family commitments,” Mr Cawley said.

“A principal of an accounting firm or a people manager holding this view would certainly bring this bias into play when making talent management decisions.”

Mr Cawley said that he hopes accounting firms consider adopting blind recruitment in an effort to eliminate age bias from their recruitment decisions.

“Blind recruitment involves omitting personally identifiable information, such as age, name and gender, from applicant CVs,” he said. The aim is to overcome unconscious bias during the recruitment process.”