One of the big four banks has revealed that despite accounting firms having a positive short-term outlook, they face three key challenges. 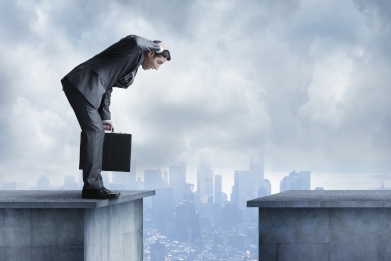 Commonwealth Bank recently released its 2017 Accounting Market Pulse study based on responses from a cross-section of the top 100 accounting and restructuring firms.

The survey revealed that 47 per cent of respondents rated current economic conditions as positive, while 14 per cent rated them negative. This results in a net confidence reading of 33 per cent, up from 23 per cent in May 2016.

The business confidence for the next 12 months is lower, with a net percentage of 19 per cent, down marginally from 20 per cent in May 2016.

Business confidence for the next 24 months is 36 per cent, marginally down from 40 per cent in May 2016.

“Compared to the last survey, sentiment has increased by 10 per cent, which is a really positive and material uplift given we’ve been tracking it for a few years now,” Commonwealth Bank national manager –professional services, Marc Totaro, told Accountants Daily.

While this is positive, the survey revealed three key challenges that accounting firms are facing today.

“As I talk to both large and smaller firms across the country, the key to maintaining client relationships is the staff and no firm wants to lose their better-performing quality staff, so they’ve got the challenge of keeping staff motivated, ensuring they’re planning for succession and keeping younger staff with the firm given the broader opportunities available in the market,” Mr Totaro said.

“There is a lot of staff out there but it's really finding the best talent and retaining them that are the big challenge.”

The second challenge is winning new business and the third is negotiating prices with clients.

“It’s really tough because clients are demanding and expecting more value for their money. We’re hearing that they don’t really want to pay for commodotised type work, they’re really wanting to pay for the higher value expertise from the firms so they’re being quite demanding in what they expect in negotiating price with the firms,” Mr Totaro said.

“Also, they may be casually testing different firms for different service offerings so a lot of the firms are really having to be smarter around how they price and retain their current clients because it’s so tough to win new business.”