As employers’ demand for employees with specialised skill sets increases, 10 specialist finance and accounting roles can expect higher than average salary growth in 2017, according to a recruiter. 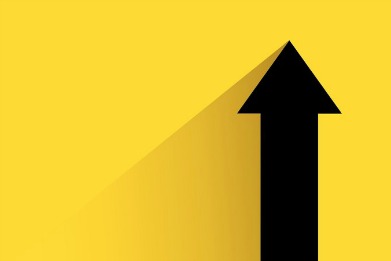 In 2016, Australian wages experienced a record-low through-the-year growth of 1.9 per cent, according to the Australian Bureau of Statistics.

On a positive note for accountants, the 2017 Robert Half Salary Guide, which was released yesterday, has revealed key finance roles that can expect strong salary growth this year.

According to the recruiter, finance professionals can expect a national salary average increase of 2.1 per cent in 2017.

“According to the ABS, wage growth is at an all-time low for many industries throughout Australia. However, we are seeing steady growth across the finance sector,” said David Jones, senior managing director at Robert Half Asia-Pacific.

The report revealed the top 10 finance jobs set for the biggest starting salary increases across Australia.

Financial analysts can expect the largest year-on-year salary growth of 4.2 per cent, followed closely by business advisory services assistant managers who can expect 4.1 per cent growth.

Next are accounts receivable managers (3.7 per cent), management accountants (3.4 per cent), financial planning and analysis manager (3.3 per cent), and tax manager (3.2 per cent).

Rounding out the top 10 list is accounting manager/directors and commercial managers with 3.1 per cent each, and finally accounts receivable clerks and business advisory services managers/audit managers both with 3 per cent.

The report also revealed finance roles in Brisbane and Melbourne will experience wage growth above the national average, recording average salary of 3.5 per cent and 2.5 per cent respectively.

“In Brisbane, company confidence is returning after the downturn of the resources' boom, and businesses are expanding, which is creating renewed demand for skilled finance professionals and placing positive pressure on salaries,” Mr Jones said.

“Melbourne is also growing steadily alongside Sydney, however, salary growth rates are higher in Melbourne following years of sustained growth in the Sydney market.”

Salaries in Sydney and Perth are still growing, however at the slower rate of 1.7 per cent and 0.8 per cent respectively.

“There is significant positive sentiment coming from the Perth market; while not resulting in the same salary increases as the East Coast, it’s clear to see there’s light at the end of the tunnel after the mining downturn,” Mr Jones said.