Keeping the season of giving alive

Spare a thought for those you can lend a hand to while you, or at least your clients, are still in holiday mode.

The holiday — and particularly Christmas holiday — season is a traditional time of giving. Giving to family, friends and clients, with each of these groups also focused on their own giving plans. It’s also a good time for checking in. I love the Christmas card season because it makes me think about all those people who are important in my life that I may not be in regular contact with. In a business sense, it’s a good opportunity to touch base, send wishes and think about the future.

But there's no reason it needs to stop at Christmas.

Giving and philanthropy is becoming an important part of people’s financial lives. Australians have an appetite for giving that likely comes from its values of ‘a fair go’ and ‘mateship’.

This is why more than 14 million Australians gave a total of $12.5 billion to charities and not-for-profit organisations in 2015-16.

Overall, Australia has around 5,000 philanthropic organisations.

The tax deduction also makes us more likely to be charitable. Note it doesn’t affect the amount of money the charity receives, just what the client is able to deduct at tax time.

This time of year is a good time for people to think about if they are in a position to give back to support their preferred causes, either as a one-off or for the longer term.

While one-off donations can make a difference, more regular donations can have a lasting impact. This will help your foundation or organisation of choice to be able to plan ahead and commit to long-term initiatives.

From an advice perspective, there is also an opportunity to develop relationships with younger generations as philanthropy opens the door to inter-generational advice relationships.

Also, understanding the drivers of philanthropic giving will help to understand your clients’ personal values and what motivates them. After all, a large amount of charitable donations are influenced more by people’s personal preferences than perceived needs.

For instance, many donors support causes that are passion projects of theirs.

For example, Westpac’s Bicentennial Foundation has committed to funding 100 scholarships a year forever. It aims to shape Australia’s future and is the single largest private education scholarship program in Australia’s history.

The Gates Foundation supports the path out of poverty, by supporting the next generation to access quality healthcare and higher education.

The Chan/Zuckerberg Foundation is focused on scientific advances from building greater science education in schools and supporting scientists around the world on what they see as humanity’s greatest challenges.

And in the words of author Maya Angelou, “I have found that among other benefits, giving liberates the soul of the giver … The giver is as enriched as is the recipient, and more importantly, that intangible but very real psychic force of good in the world is increased.”

So, if your clients are in a position where they can give back and have found a cause that resonates with them, consider whether there is an opportunity to roll this into their longer-term plan, so they can contribute on an ongoing basis. A commitment like this will make a world of difference to the charity or organisation, and give them assurance that they may be able to fund a certain project.

While not everyone may be in a position to make donations on an ongoing basis, remember there are other ways to give back. Volunteering and fundraising can equally make a positive difference.

Keeping the season of giving alive 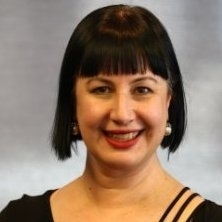