A crackdown on one advisory service causing headaches for employers, as well as a spate of other compliance activity, will be welcome news for the bookkeeping community.

Specifically, reports relate to a website at the address www.fairworkhelp.com.au, as well as telephone advisory services operated by Employsure.

“The Fair Work Ombudsman is not affiliated with any commercial providers of advisory or workplace relations service nor do we provide endorsements of any such providers,” it said in a statement released yesterday.

“The Fair Work Ombudsman never provides information about people who contact us to third-party businesses to offer fee-based services and we do not cold call businesses to recommend or refer the service of any private advisory business.

“When we become aware of complaints of conduct of this nature, we consider the full range of options available and are willing to take appropriate steps to prevent misrepresentations likely to mislead consumers.

“The Commonwealth is also the owner of registered Australian trademarks and takes steps to address any infringement of its rights in those marks in appropriate cases.”

Speaking to The Bookkeeper, executive director at the Institute of Certified Bookkeepers, Matthew Addison, said the profession will be “very pleased” to see the regulator taking action to improve what is a complex HR and Fair Work environment.

“Employment law is complex enough without having confusion and miscommunication delivered to employers. Bookkeepers tend to be at the coalface of working with employers to help them comply,” he said.

This is the latest in a string of crackdowns from the Fair Work Ombudsman, some of which have involved relatively well-known Australian venues.

For example, the operator of a well-known café in Melbourne’s Crown Casino precinct is facing court for allegedly undercutting minimum wage and penalty rates despite having been put on notice.

In a statement released on 3 July, The Fair Work Ombudsman confirmed it has commenced legal action in the Federal Circuit Court against Ital One Holdings Pty Ltd, which operates a number of cafes and restaurants in Melbourne, including Café Baci in the Crown precinct at Southbank.

Twenty five of the workers were visa holders and were from a variety of countries. They were mainly on student and 417 working holiday visas.

Fair Work Australia notes the alleged underpayments of all workers have now been almost fully rectified.

In a separate case, confirmed by the Fair Work Ombudsman on 4 July, legal action by the regulator saw a penalty issued against the former operator of an Indian restaurant in suburban Melbourne for failing to back-pay two underpaid Indian workers.

On a significantly smaller scale, a $500 penalty was been imposed in the Federal Circuit Court against Hari Pal, who formerly owned and operated Konna Indian Cuisine, later renamed Punjabi Tandoori Corner, in Richmond.

The Fair Work Ombudsman found that two Indian visa-holders were short-changed $8,082 for waitressing work they performed at the restaurant between October, 2014 and January 2015.

The workers were paid a flat rate of $12 an hour and did not receive penalty rates when working on weekends, nights and public holidays, according to the Fair Work Ombudsman.

“Pal has now personally rectified more than half of the underpayment of the workers and has undertaken to rectify the rest by way of monthly instalments,” the regulator added. 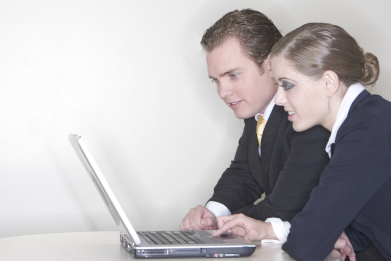