‘Untapped market’ on the horizon for bookkeepers

Changing work patterns and emerging industries have created a host of untapped opportunities for bookkeepers, particularly those looking for solid referral networks.

The rise of the gig economy — a workforce characterised by short-term contracts — and the increasing prevalence and accessibility of freelance work, such as Uber, is only at its starting point in Australia.

Professional services firms and networks are no exception to this changing pattern. Recently, Hays’ accountancy and finance regional director David Cawley said contract and temporary accounting roles are set to spike again over the next 12 months.

Millennials, in particular, are attracted to contract and temporary roles because of the flexibility they provide.

“We see more and more candidates now whose lives are contract work instead of necessarily needing a permanent position,” he said.

This presents an opportunity for bookkeepers who are looking to capitalise on a new breed of worker with a potentially more complex or non-standard set of financials.

“If the statistics are right, 40 per cent of the workforce are set to be freelancers, and that is an untapped market,” Receipt Bank’s country manager for Australia and New Zealand, Sophie Hossack, told The Bookkeeper.

She noted that freelance communities in particular - given they are personal by nature - are often “hotspots” for referral activity also.

“Fashion models, for one. A lot of the younger models, particularly females, earn a lot of money, and need advice to make sure they’re compliant. They’re all working in the same industry, so there’s a great referral opportunity there. Also, there’s a channel of talent agencies to leverage,” she said.

“A similar opportunity is sports agents. They are time poor, and the wealth creation in that industry is good, and again - there is a referral network,” she said.

‘Untapped market’ on the horizon for bookkeepers 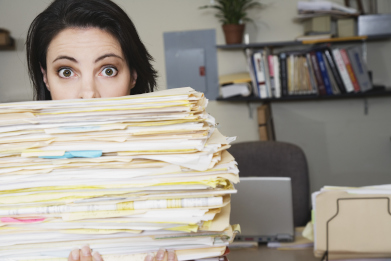