BDO has bolstered its audit team with the addition of a former Deloitte partner who has more than 20 years of partner experience. 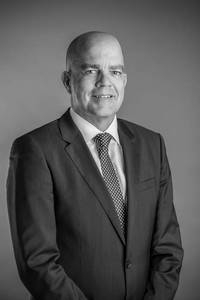 The mid-tier firm announced Neil Smith will join BDO’s Perth audit team, bringing with him a wealth of knowledge and experience in working with private business, small to mid-cap listed companies and not-for-profit organisations.

Mr Smith was previously a partner with Deloitte, spending five years as a partner working across a number of industries including manufacturing, building and construction, and mining and resources.

Mr Smith has also held key leadership roles at PKF, prior to the merger with BDO in Perth in 2010.

His experience in audit engagements, investigating accountants’ reports, independent expert reports, due diligence assignments as well as risk/internal control projects has seen him establish himself as a recognised leader in serving the middle market business sector in Western Australia.

“We are delighted to welcome Neil to the firm,” BDO CEO Gerard Moody said

“As advisers to WA’s leading businesses we look forward to adding Neil’s established skill set to our firm, further strengthening and broadening our offering to clients.”

“I feel that BDO Perth is optimally placed to provide the best service and advice to entities in the WA middle market sector.’

“Having met the team at BDO, I am positive that this is a great match for us all and I’m keen to enhance and expand on the needs of BDO’s growing client base.”