Job adverts for tax roles highest in years while recruitment for other professions slows. 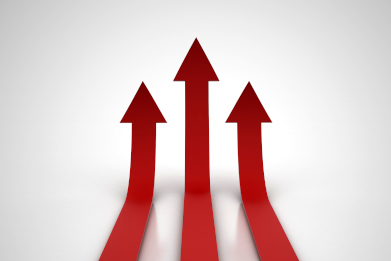 Accounting job vacancies are at their highest level in years and its increased demand for candidates outstrips that of other professions, according to the latest data from website SEEK.

Figures for June showed overall job ads rising 23 per cent year-on-year but also revealed a slowdown in the nationwide COVID recovery, with a decline of 2 per cent compared to May – the first after five consecutive months of growth.

But detailed data showed accounting has bounced back more strongly than other sectors with a month-on-month increase in job ads and the total now 34 per cent higher than in June 2021 –and above any point in the past four years.

The increased demand for accounting roles outstrips that for other professions and trails only the staff-starved retail, education and administration sectors compared with last June.

At the same time, applications per accounting job are going in the opposite direction, SEEK sales and service director, Stephen Tuffley, said.

“Accounting was one of only four industries in which job ads rose from May to June, growing 4 per cent month on month and 34.3 per cent year on year,” he said.

“In fact, accounting roles have not seen a month-on-month decline since August last year.

“[But] candidate applications per job ad in accounting dropped 4 per cent month-on-month and fell 39 per cent year-on-year.  Like many other industries, the market is incredibly tight with candidates in short supply.”

Compared with other professions accounting is crying out for staff.

Job ads in insurance and superannuation are up just 15 per cent compared with last June while vacancies for legal positions are 1 per cent lower and for banking and financial services, 6 per cent down on the same month last year.

SEEK said banking and financial services had bounced back more quickly but seen a steep drop in job ads over the past two months, while vacancies in insurance and superannuation remained below pre-pandemic levels.

Detailed figures from SEEK showed traditional accounting roles are most in demand, with the highest number of ads for financial accounting and reporting positions, followed by accounts officers, payroll, business services and corporate advisory, and accounts payable.

The rise in open positions was most marked with accounts officers, with job ads up 68 per cent for the year, followed by financial accountants up 54 per cent and accounts payable up 47 per cent.

While accounting demand led the way in June, some industries are recruiting less, with transport and logistics ads down 5 per cent and hospitality and tourism down 9 per cent.