A mid-tier firm has announced the promotion of three of its principals to the position of partner.

PKF Sydney and Newcastle has announced the promotion of Kym Reilly, Baidy Laffan and Christina Manfre to partnership.

Ms Reilly, now an audit and assurance partner, has spent the last 11 years at PKF, working her way up since joining as an assurance assistant manager.

She has worked across external and internal audit, independent risk and compliance reviews, and forensic investigations in that time.

Ms Laffan, promoted to partner from her position as principal in the firm’s national risk advisory team, has been with PFK since 2012.

She began her career at the mid-tier as an assistant manager in its audit and assurance division and is rated by the firm as an expert in areas such as employment and workplace obligations, underpaid wages and modern slavery.

Ms Manfre has now been promoted to partner in the business advisory services team in PKF’s Sydney office.

She was previously a senior accountant at Boroughs Australia before starting as a manager with PKF in 2013.

PKF managing director Steve Meyn said the partner promotions come as the trio continue to demonstrate their commitment to clients and the firm.

“I have watched each of these women grow into the people they are today and am proud to be able to announce their promotion to partnership,” Mr Meyn said.

“It is due to the creative thinking and different approach that our team — particularly Kym, Baidy and Christina — take to their clients that we continue to work with some of the best organisations and people — no matter their size, delivering true value and a real relationship.” 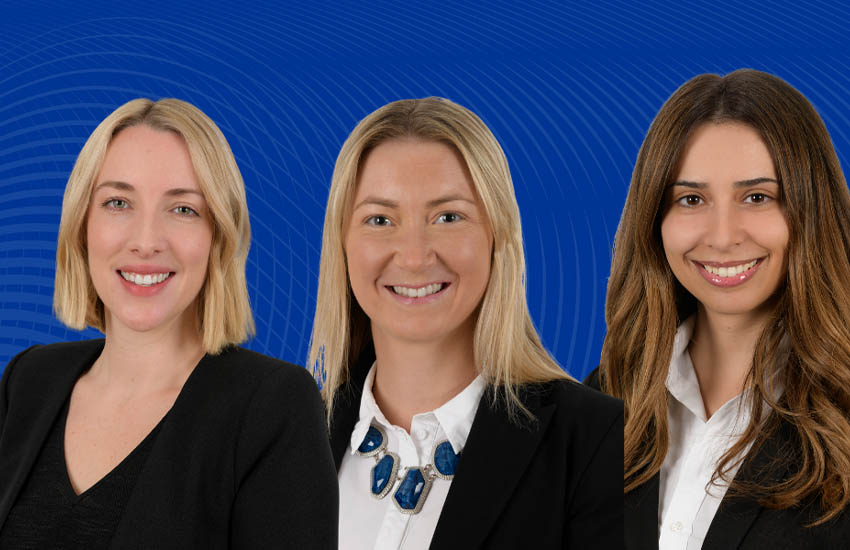