Mid-size accounting association DFK Australia New Zealand has appointed a new chair from within the ranks of one of its firms, who hopes to grow the association’s presence in Tasmania and New Zealand.

DFK Australia New Zealand (DFK ANZ) announced on Friday the appointment of Cheree Woolcock as its new chair, taking over from Stephen Bushell.

“DFK ANZ has been extremely well steered by Stephen Bushell and the association is in a terrific position to move forward,” Ms Woolcock said.

“One key goal is to broaden our membership base with members firms sought in Tasmania and the South Island of New Zealand. I’ll also be looking at further collaboration of our 15 firms to ensure the best for our association members and for our clients.”

“I don’t want to be a role model, I just want to be an example of if you want something you can work hard to achieve it,” she said.

“There is still work to be done to ensure women are significant contributors, because we don’t want tokenism. I don’t want to be remembered as the token female on the board. I’m about the right person for the right job.”

Ms Woolcock believes it’s a requirement for firms today to have female representation within their senior services fleet of people in line with the emergence of more female-led clients.

“Ultimately, women and men do think differently and together provide greater strength in an organisation or company.” 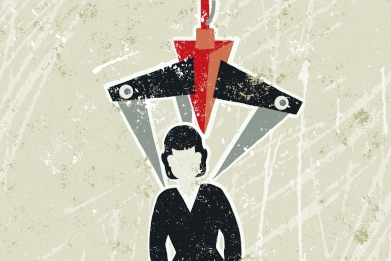