Raft of appointments for mid-tier as growth beckons

One mid-tier firm has responded to growing client demand in three service areas with a raft of appointments and promotions across its east-coast offices.

The first is corporate advisory, which is also becoming closely linked to restructuring and risk advisory, according to Mr Fittler.

“Corporate advisory is an area where there's increasing demand, helping people mainly sell business but also buy businesses, which is a bit of a reflection of the economy,” he said.

“It’s either going okay in a number of states but also a bit tougher in other states, so some of it has got to do with succession planning, some of it’s just got to do with the opportunity available.”

The second area is taxation, which Mr Fittler says continues to be strong.

“There are always new things to talk about, there’s a lot of changes such as the changes to the company tax rate, so it’s one which always affects people,” he said.

The final area of growth Mr Fittler highlighted is superannuation.

“Obviously, with the recent changes there are a lot of people talking about superannuation, both the opportunities before 30 June and then the options after 1 July,” he said.

“So that's probably more of a spike this year, not necessarily long term. It’s one of those areas that is becoming increasingly important to people and to understanding what their options are.”

HLB Mann Judd has made a number of appointments and promotions over the last six months in these key service areas.

In January, the firm recruited Chew Mar as director and head of its restructuring and risk advisory division in Brisbane.

Down in Melbourne, Adrian Kelly recently joined as partner in the audit and assurance services division, while Bruce McMenamin was appointed director in the corporate and business advisory division.

Late last year, the Melbourne office also recruited Harjot Sahni from Shadforth as manager in the business advisory division, and Kapil Kukreja from ShineWing as senior manager in risk, assurance and advisory.

In Sydney the firm has made three promotions to manager so far this year: Ridhwaanah Iffat in the restructuring and risk advisory division, Audrey Krause in the tax division and Tom Roberts in the business advisory division.

Raft of appointments for mid-tier as growth beckons 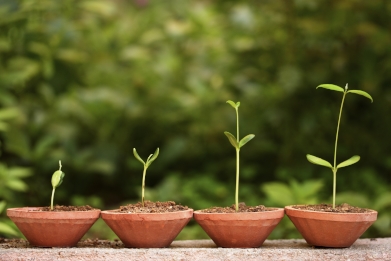