AI: the times they are a-changin’

What will an AI-augmented future look like for accountants?

Are we scared by artificial intelligence, or are we really just scared by change?

For the better part of half a century, humanity has been concerned by the rise of AI — and the latest narrative is that it’s set to take over occupations such as accountancy and bookkeeping.

The first official AI conference took place all the way back in 1956 – and in the decades that have passed there have been various panics about AI and what it could mean for humanity.

Then, during the mid 70’s and 80’s there were fears that computers would go rogue and take over our nuclear weapons – launching a nuclear winter.

Now, AI is tied to the idea of ‘creative destruction’.

For all the economic nerds out there, ‘creative destruction’ was first associated with Austrian-American economist Joseph Schumpeter as early as the 1940s.

Check out this quote:

“The gale of creative destruction [is a] process of industrial mutation that incessantly revolutionises the economic structure from within, incessantly destroying the old one, incessantly creating a new one.”

The picture that is being painted today is that AI will automate a whole stack of jobs – leading to mass unemployment and a generally bad time for humans.

However, those who play down the role of AI will point out that throughout the history of automation of work, more jobs have been created.

When machines replaced mass assembly-line workers there was panic.

Check out this quote from Time Magazine on February 24 in 1961.

“The number of jobs lost to more efficient machines is only part of the problem. What worries many job experts more is that automation may prevent the economy from creating enough new jobs.

Throughout industry, the trend has been to bigger production with a smaller work force. . . . Many of the losses in factory jobs have been countered by an increase in the service industries or in office jobs. But automation is beginning to move in and eliminate office jobs too. . . . “

Doesn’t that all sound familiar?

Yet, we’ve managed to keep on creating jobs and wealth since that time.

The machines have not yet taken all of our jobs – it has changed them though.

Famously, when the phonograph came along, manufacturers of the Steinway Piano went out of business and people worried that new technology would destroy jobs.

But the phonograph led to the radio, the radio to the TV.

Imagine all the jobs in production of content for radio and TV – from the script runners, camera operators, to the stars in front of the camera or microphone.

Things like SEO specialists, web analysts, social media managers and vloggers are now positions from which people are drawing a salary.

AI is the new (and yet old) destructive and creative force that is shaping tomorrow’s jobs and what they look like.

Jobs are not being lost. They are being changed.

Improvements in artificial intelligence in accounting and bookkeeping will create new service opportunities for both professions. Perhaps the most profound change won’t be technical, though. Rather it’s the change in engagement model – from reactive to proactive.

The AI-augmented future will see accountants and bookkeepers actively and constantly engaging with clients. The machines will do the laborious work, while the humans will provide the emotional, social, and contextual intelligence that an AI cannot hope to replicate anytime soon.

Machines will augment our work, not replace it. No computer will adequately ask questions of a client unassisted – certainly not in the foreseeable future. The key is to embrace technology, to put it to work, and to turn any time savings into new service opportunities.

The nature of work is changing. That’s why MYOB has put together extensive research into the future of work for accountants and bookkeepers – in areas as broad as AI, blockchain, embeddable technology and the cashless society.

The MYOB Radar Report – available to download right now – provides an overview of the future and steps you can take to prepare your practice today so you can succeed tomorrow.

AI: the times they are a-changin’ 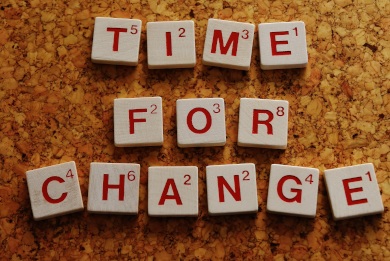