Accountants must better protect their practices and encourage their clients to do the same, as scammers become increasingly sophisticated and entrepreneurial, according to the ACCC deputy chair.

“They've been around a long time but in the last year or so there's certainly been some more of them than there have been in the past,” he said.

“One of the things that we do tend to notice is that scams wax and wane, so it's very hard to be predictive. Without having the crystal ball I would expect to see [malware] and ransomware continue to play a big part.”

Ransomware is malicious software often sent as an attachment via email, which can block access to a computer system until a sum of money is paid. It is a concern for both accountants and their clients, according to Dr Schaper.

“If you think about it, the information in your practice is your lifeblood. If you lose that or it's locked away from you, then you are completely without a business,” he said.

“You can imagine a client who discovers that their accountants lost all their records; you're not going to get them back. So accountants have to be careful for their clients, but also for your practices themselves.”

Dr Schaper said there are several steps accountants and their clients can take to protect against ransomware attacks.

“It's really important for both accounting practices and their clients to back up offline in some way if at all possible,” he suggested.

“You need to also ensure that there are some fairly basic securities in place. For example, update your security software on a regular and periodic basis.”

Dr Schaper said other good practices include checking that email addresses and attachments are genuine before opening, and getting someone else to double-check your bills before paying them.

He also warned that scammers may use older methods to catch victims off guard.

“Sometimes scams will go back to things that have fallen out of fashion a couple of years ago and then use them, precisely because they haven't been employed in more recent times,” he said.

Over time scammers have moved from using mail to phones, and now to electronic communication, according to Dr Shaper.

“A year or two ago we noticed a big upswing back again in phones, precisely because at that stage we were warning people about email scams, so it was a fine time for them go back to phone because the focus wasn’t there.” 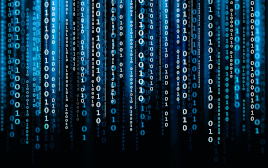