Who does tech best?

AccountantsDaily chatted with Mayflower Consulting director Sarah Penn to uncover the significant differences between accounting firms that are tech-savvy and those that are not.

Q: Looking at the accounting industry as a whole, what proportion do you think have got the tech balance right in their practice?

A: It’s all changing so quickly but I would say still only a small proportion are really embracing technology, probably 10 to 20 per cent.

If you're ... starting a new business, whether you're 30 or 50 or 70 it doesn’t really matter, but if you're starting a new business from scratch then you don't have processes and things in place yet. Then it actually is reasonably easy to start off with Xero, and start off with Class if you've got self-managed super funds, and use Dropbox for your storage and never have a printed file, and do online everything.

I run my business on my phone but I’ve only had my business for two and a half years. If I’d been running my consulting business for 15 years it might mean that things might look a bit different.

So I'd say maybe 10 or 20 per cent are really embracing technology and doing things differently in their business, and a lot of them [are] younger businesses.

You do generally have to go through a bit of transitional pain when you move from one system to another system, especially when you're talking about a system like hard-copy files and desktop software that you've always used, moving to everything being digital and online.

It's a big mental change to the way the whole thing works just as much as anything else.

If there's only three or five or 10 of you in the business that's not too hard. If you're talking a big business with hundreds or even thousands of people it becomes incredibly difficult, and generally what you'd see is some people in one corner will be doing things and over time it kind of spreads out.

But the top-down approach for those sorts of things, I haven't seen any of them be successful, actually, in the accounting world.

I’ve seen a few attempts but people in accounting in private practice tend to know their own minds and ... the reason they're in private practice and not in the big organisations is because they tend to not like having someone come down over the top and tell them how to do things.

Q: For firms that are lagging on the tech front, what opportunities are they missing out on?

A: At your average accounting practice, most of the money is spent on a couple of software systems and then the rest of it is people and rent and electricity and what have you: the on-costs of people.

What the technology does is two things: it allows you to reduce in some cases the number of people you need or the number of man hours you need to do things. For instance, if you're using Class or Xero all the automatic matching and things that go on in the background mean there's a lot less people that you need to run the system, so you save costs on that front.

Secondly there’s the issue that the people that you do have, a lot of these other systems allow you to make your people much more effective in their role, and so you're missing out on that as well.

The other cost, I think, is sometimes a bit harder to measure but it's around IT management and maintenance.

If you still have all your own servers locally in your office and you have people that run it, then you have to pay all those people to run it, and sometimes they're external to your business but they're still costs in the business.

It can be really quite expensive and onerous, plus you're running, I think, quite a high risk in terms of data security if anything should go wrong.

It’s not just the whole thing of cyber security and what have you, but if you don’t have back-ups and everything’s stored locally, if someone upstairs in your office block at a Christmas party lights a cigarette and then it turns the sprinklers on, that can easily be the end of your computer system. It is a risk that you're running by not having everything in the cloud.

Q: Does the level of technology used at a firm have an impact on client attraction and retention?

A: The main thing that I’m seeing is accountants who are really getting on board with technology and improving the way they do things, interestingly, are starting to pick up a lot more client referrals.

That's probably the one thing that I’m really seeing that's different, and they're able to take on a greater number of clients as well, so their businesses are growing at a faster rate than people who aren't embracing all this stuff. That's because a lot of the benefit of all this technology is actually for the client.

When my accountant sends me tax returns and bank statements and everything else to sign, it’s all done through Xero and done digitally. So its super-quick and easy and I check it all and type my name in and it’s done, which is a much better experience than sending out hard-copy packs or waiting till you can go in and see your accountant.

For some accountants that are really on top of all this stuff their actual business is growing a lot more quickly, which is nice. That's what you want to do with your business, is grow it.

Another thing I would say around all the technology stuff is that computers are a tool, not a lifestyle.

Technology is not the be-all and end-all because if you have rubbish processes or staff that aren’t engaged and wanting to do a good job for you, then no amount of fancy computer systems and software will fix it.

You need to have your processes reasonably in place and then the idea is that the technology supports and enhances and improves those processes.

Q: What are some examples of serious tech lag you’ve encountered?

A: We try to work with businesses that are more at the front end rather than the back end because we're a little bit nerdy ourselves, so that kind of fits.

The really obvious main indicator is the hard copy versus storing things digitally, and that's still seen in some corners as being quite innovative, which I find astounding.

Also, when I hear people say 'computers' I know that I’m dealing with someone who doesn't know much about it. That idea 'the computers aren't doing what I want them to'. However it’s not an indication of intelligence.

In a company I’m doing a fair bit of work with at the moment, three of the people I work with are very tech un-savvy and they just make their lives so miserable.

Someone showed me a photo the other day of an accounting business in Australia that they were doing some project management work in and their main boardroom, which was where they were supposed to meet clients, three quarters of it had files everywhere, all over the floor, basically using it as a storage room.

Q: You would work with a lot of businesses that are tech-savvy and others that are lagging significantly in the tech department. Do you see bottom line differences between these firms?

A: It’s an indicator more of their overall view on life, because its more about trying new things, giving things a go, trying to improve things, trying to make things better.

If you're someone that is doing that then you're likely to look for technology solutions to do that. Whereas if you're not embracing new technology and not doing anything then it's probably a pretty strong indicator that you're not trying to improve your business or do other things to make it better.

That's probably the main thing, and then I think there's going to be an increasing divide between firms that are tech-savvy and not. Well it's not about being tech-savvy, actually, it's more about giving things a go and trying new things and thinking about what's best for your clients and what's best for your staff and what's best about the overall value of your business and looking at new ways to do things, and generally that means technology rather than people who just like computing.

Most accountants do have an iPad and an iPhone and so you certainly see most accountants have the trappings, but whether or not that actually means that they're technologically savvy in their business is another question.

Who does tech best? 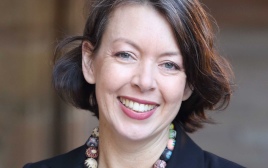