MYOB’s previous ownership structure has left legacy issues with board composition, which CEO Tim Reed is moving to rectify through a targeted and decidedly different recruitment strategy.

MYOB has been publicly advocating diverse and inclusive workplaces, coupled with the release of its paid internship for female software developers. However, the company is facing its own diversity issues on the leadership front, with only two of its seven directors being female, which is short of the Australian Institute of Company Directors' diversity targets.

Mr Reed said this is a by-product of MYOB’s private equity ownership structure three years ago — when the board was entirely male. MYOB will only recruit a woman for its next board vacancy to address this.

“As we’ve been a public company, and adding non-executive independent directors, we’ve added 50 per cent men and 50 per cent women. It was, frankly, coming out of private equity where all of the investors were male,” Mr Reed told Accountants Daily.

There’s a sufficient pool of female candidates for board positions, but Mr Reed said the company, like others in software development, are facing headwinds on creating an inclusive engineering team. The supply of female graduates is limited, and the public perception of the industry is fuelling the shortage.

“It’s a big issue, and I think it’s going to take a long time, and consistent effort across many leaders in technology, to change. It’s often not seen as being an attractive industry to a lot of women,” Mr Reed said.

“It’s seen as having a particularly male-oriented subculture, but the reality is quite different. We’ve got to get out there and make sure people do understand what the reality is, rather than allowing those pre-conceived notions, which are almost seen as being a bit romantic by some in the tech industry. They’re actually quite harmful in terms of what it does to attracting women, versus frankly pushing them away,” he said.

Having internal structures which support and fund the development of women, which MYOB has, and targeted strategies for female recruitment can create resentment in the ranks, as cited by PwC recently.

However, Mr Reed said the measures have been well received culturally, largely because they’re financially backed and attainable goals for management.

“Nobody likes having a target and not being able to achieve that target,” Mr Reed said.

“If you set goals and then set budgets and operating plans that aren’t realistic versus what is needed to hit that goal, you end up with a lot of frustration,” he said. 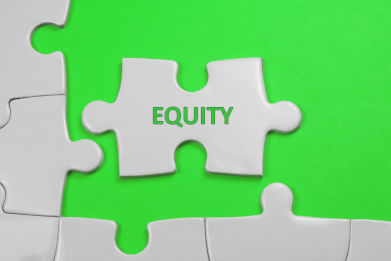