Young Australians are realising that technology can enable them to break out of the traditional accountant role to assist clients in more of a business partnership and business growth space, according to a futurist.

Speaking to Accountants Daily, MYOB resident futurist Keran McKenzie, said the role of the accountant is changing and that the Australian youth needs to be made aware of the future of the industry.

Mr McKenzie believes that the future accountant is someone who is “really plugged into the business side of things” and leveraging technology to further that part of the accountant-client relationship.

“Historically accountants have been more focused on compliance and numbers and dashboards and things, but that's moving now to insights and really partnering alongside businesses,” Mr McKenzie said.

“I think we will see a continual shift in that space as we see more technology mining the data, finding those insights, finding those trends, and bringing that to the accountant’s attention. The accountant’s knowledge and expertise of what conversations [they need to have] with their clients is still going to be there, but the technology will allow them to step above and beyond the data to really have those insightful business partnerships.”

Given this, Mr McKenzie believes that it is important that Australian children are learning about technology and what it means for accountants of the future at a young age.

He recently was involved in a panel alongside design thinkers from big four firm Deloitte at an event run by I-Manifest called The School of Future Tech, where 30 school students between 14 and 18 years old learnt about technology including robotics, AI, interactive and digital art and VR and augmented reality.

“One of the big take-aways for a number of the kids was, they'd come into the event thinking they want to be an accountant or a lawyer or something they could define a box around the outside of,” he said.

“But when they left they went ‘I could be an entrepreneur, I could solve problems for clients’, and all of a sudden you can see them thinking ‘I don’t have to live within a defined box’.” 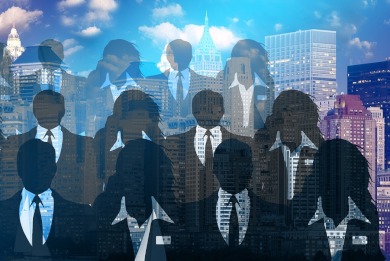