Banks are the traditional source of finance for businesses, but the range of alternative options now available put up a pretty good case for SMEs. So how do they really compare?

When it comes to funding, SMEs need to think beyond traditional sources according to Brendan Green, general manager of Octet.

“Alternative lenders are changing the game when it comes to financing SMEs. Many were born to take advantage of the internet-enabled enterprise, meaning they’re faster, more flexible, and very secure,” Mr Green says.

“Banks serve their part, but their rigid processes and policies may not be right for a smaller business. Unlike traditional financing solutions, which switch on and off after a certain threshold, alternative lenders enable business to fund each stage of growth.”

“Alternative finance can release SMEs from the shackles of an inefficient cash flow structure, allowing them to easily grow and expand, and take on additional work with confidence — and without having to put up, say, the family home, as security.”

One of the key differences between a loan from a bank and a loan from an alternative lender is that banks almost always require the loan to be secured, while non-bank lenders are more open to offering unsecured loans, according to Mr Green.

“Banks will rarely offer unsecured finance to small businesses for a number of reasons, ranging from loan size to regulatory restrictions, lending limits to risk or approval processes. And even if they do offer an unsecured loan, it can often become a drawn out process that doesn’t serve immediate business or growth needs,” Mr Green says.

“The banks’ access to inexpensive deposit funds mean they can sometimes offer finance at lower cost. However, heavy covenants imposed by banks mean a massive hit to the level of certainty that comes with that funding.”

Moula CEO and co-founder Aris Allegos says that the unsecured loan limits are often very low at the banks, which forces SMEs to look elsewhere.

“So then it’s actually a function of the fact that they're never going to be able to get the required amount out of a traditional bank.”

Another key difference between banks and alternative lenders is the amount of time the application process takes according to Matt Bauld, head of sales and business development at Prospa.

“Ultimately small business owners are incredibly time poor and basically when opportunity or challenge knocks at the door they need a solution and they've got limited time in which to actually solve that particular problem,” Mr Bauld says.

Ondeck CEO Cameron Poolman says the differences in time between a bank and an alternative lender can be quite significant.

“Taking a look at a traditional lending process, it takes about 20 hours to apply for a loan with a bank, according to research by MYOB. You will fill in an offline application, ask your accountant to provide updated financial statements and forecasts, meet with the bank managers, source tax returns and get valuations,” he says.

In comparison an application form with a non-bank lender can take as little as 10 minutes to complete and is often all online, requiring just some basic personal and business details, according to Mr Poolman.

“Once the application is in, with a bank you would expect to wait four to eight weeks for a decision. This is because a bank will need to have an underwriter manually assess the application and look at security valuations, profit statements, balance sheets, business plans, tax returns etc,” he says.

An alternative lender on the other hand uses technology and data analytics to automate the assessment process, resulting in a decision being made either instantly or in a number of hours or days according to Mr Poolman. 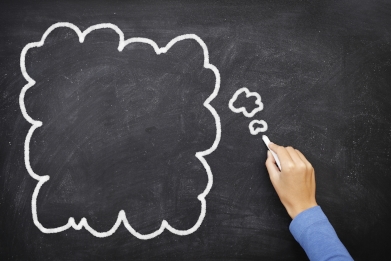