CFOs still rely heavily on spreadsheets and manual processes during reporting time, which is potentially leading to company boards not getting a clear picture of business performance, according to a new report.

The report, which is based on a survey of 977 senior finance professionals, revealed that 55 per cent of respondents are worried their internal controls are not working effectively during their reporting period.

A further 46 per cent are concerned about unexpected errors being identified in critical spreadsheets while 40 per cent don't believe their data is always trustworthy and accurate.

This is leading to 40 per cent of company boards not having a complete view of company operations.

“The results are very concerning and should be a wake-up call for Australian companies,” said Mark Sands, general manager Asia Pacific, BOARD International.

“If boards are being provided with incomplete or inaccurate financial information it could be compromising their ability to make key management decisions.”

More than 50 per cent of respondents admitted their reporting processes involve huge amounts of manual checking each time a change is made.

“Clearly, despite significant investments in information technology, there is still a wide gulf between what is achievable and what is actually happening within many large organisations,” Mr Sands said.

“Only 46 per cent of survey respondents said they were in a position to easily accommodate changes in information requirements and just 34 per cent said they could make changes without relying on the IT department.”

Further, 71 per cent of respondents said they depend on spreadsheets for collecting data across their majority of their business units.

“Spreadsheets can be powerful tools, but they are not designed to be at the core of the financial reporting process,” Mr Sands said.

“Such high dependence risks an organisation falling into a spreadsheet spiral which reduces efficiency and results in lower-quality reporting.”

A recent report from Adaptive Insights found CFOs are spending too much time on data gathering and reporting, resulting in more retrospective work than forecasting work which is having an impact on their agility. 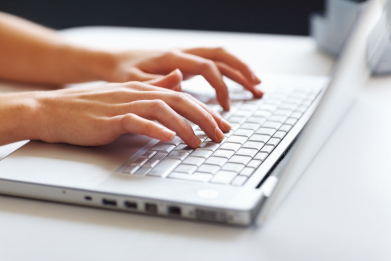