Mid-tier hits out at accounting bodies on government lobbying

The managing director of a mid-tier firm has called on the peak accounting bodies to do a better job of influencing the government to cut red tape around small business. 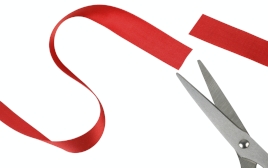 William Buck managing director Nikolas Hatzistergos told AccountantsDaily he believes there is too much red tape around small business.

“The lion’s share of our clients are people that started their own business at some point in time, and now might be going through an intergenerational change,” Mr Hatzistergos said.

“I just want to see an environment where those people are encouraged to take risks and where a young entrepreneur starting out and prepared to put their assets and their livelihood at risk should be treated the same as a PAYG earner.”

He believes the focus should be on encouragement and allowing small businesses to actively innovate.

“We're slowly becoming an economy where we try to be the innovative economy, but I don’t see anything that encourages innovation.”

Mr Hatzistergos said this is where the accounting bodies should step in.

“I think that our peak bodies need to do a better job,” he said. “We work in that middle market who employ the lion’s share of people in this economy and there's still a lot of red tape. We continue to see it, and why our peak bodies are not better at influencing government I don’t know.

“We keep talking about cutting down red tape, but at every turn there's more red tape.”

“With our three levels of government, Australia will always have examples of burdensome and unnecessary red tape,” said Paul Drum, head of policy at CPA Australia.

Mr Drum highlighted that there is only so much the peak bodies such as CPA Australia can do.

“CPA Australia actively engages with governments and their agencies to encourage the reduction of unnecessary compliance costs and improve the operation of the law,” he said.

“However, government appetite for such suggestions varies, depending on their priorities.”

CA ANZ provided a statement highlighting that reducing regulatory complexity for small businesses and consumers is one of its policy priorities.

“Chartered Accountants ANZ is constantly engaged in consultation forums with government and departmental officials, particularly Treasury and ATO officials, where red tape reduction ideas are regularly sought and given,” the statement read.

“New technology-based solutions are also currently being developed to alleviate red tape, with Chartered Accountants ANZ participating in forums such as the Single Touch Payroll Advisory Group and the Digital Business Council.”

CA ANZ also spoke of the increased red tape for accountants themselves.

“The last few years has seen an increasing level of additional regulatory burden, both in terms of compliance and financial costs. Most recently this has included a new limited licensing framework and SMSF auditor registration,” the statement read.

“In addition, currently there are proposals in relation to the AML/CTF [Anti-Money Laundering/Counter-Terrorism Financing] framework. It is important that the ongoing increased regulatory burden does not drive accounting practices out of the market.”

Mr Hatzistergos believes that the licensing requirements to give superannuation advice are uncalled for.

“Super is an area where we accept that it’s licensed, but for the life of me I’m not sure how that translates to a better service,” he said.

“It’s something we have to do but I don’t think it adds any value.”

As previously reported in AccountantsDaily, The Institute of Public Accountants recently encouraged members, particularly SMEs, to actively voice their concerns to their representative bodies.

“I would say that the world is changed by people who stand up,” said chief executive of the IPA, Andrew Conway.

“The accounting profession sometimes resists getting engaged in public discourse,” he said.

“We need to ensure the insight accountants have is being voiced.”

“Our role is to generate that discourse, help our communities and certainly the government play that long game … to what is in the country’s best interests.”

Mid-tier hits out at accounting bodies on government lobbying