Australia should introduce an opt-in standardised $3,000 deduction covering work-related expenses and other personal deductions to simplify the tax system and save Australians money on accountants, says one think tank.

The Blueprint Institute on Tuesday released a report titled Bye–Bye Tax Returns which proposes the federal government introduce a $3,000 standardised deduction to help taxpayers avoid the paperwork and costs associated with preparing and submitting tax returns.

However, taxpayers eligible for more than $3,000 worth of deductions would retain the right to continue itemising their deductions.

According to the report, the think tank’s proposed reforms would offer 80 per cent of Australians a tax cut of up to $1,000; reduce annual compliance costs by $4 billion; save Australians $750 million a year in accounting and legal fees by eliminating between 7 and 8 million tax returns; cost the budget $5 billion less annually; and, as a result, make the tax system more progressive.

Speaking at the Blueprint Institute’s tax reform conference in Sydney on Monday, Blueprint Institute chief economist Steven Hamilton said that it’s a system that’s already working in other countries around the world, and could relieve taxpayers of administrative burden and cost in Australia, too.

“A lot of countries have moved to this system of tax returns, where they have the systems necessary — in certain cases, standard deductions — to just wipe away all of that complexity,” Mr Hamilton said.

According to the report, Australians spend $2.3 billion a year managing their tax affairs, and a further $3.8 billion a year to administer and enforce tax law through the ATO, which employs some 20,000 people.

The report estimates that, because tax returns aren’t pre-filled and taxpayers have to “keep a box of receipts they take down to their accountant at tax time”, Australians spend $5 billion a year on compliance costs.

It also notes that about 70 per cent of Australians pay an accountant to prepare their tax returns for them, a rate proportionately higher than other markets around the world, which would plummet off the back of the Blueprint Institute’s proposed reforms.

When asked about the implications such reforms would have on the accounting industry, Mr Hamilton showed little concern, saying that industries which prosper off the back of “bad government regulation” shouldn’t be worried about, before likening potential tax compliance reform to gun laws.

“If businesses exist because of bad government regulation, those businesses should understand that their time is limited,” he said. “That over time, the policy space is going to get better, and those jobs aren’t going to be okay.

However, some argued that opposition from tax practitioners would see such reforms unlikely to pass. Chris Evans, professor of taxation at the University of New South Wales, said that, after surveying some 3,000 tax practitioners, accountants would pose a significant threat to such a change.

Challenges mounted in the face of these proposed reforms wouldn’t be limited to the accounting industry, either. Mr Evans said that his research also showed that most Australian taxpayers would like to retain control over itemising their deductions.

“When you give people shortcuts — you can have a $3,000 deduction, or you can itemise under stricter rules — people still go for choice,” Mr Evans said. “People still say, ‘Well, gee, I think there might be more than $3,000 [worth of deductions]. So I’m just going to calculate instead.

“So, in fact, you haven’t mitigated the compliance costs at all. You’ve given them the possibility of an easy way out, but the likelihood that they’ll calculate to see which is the best [is high].”

The report acknowledges that the idea behind a standard deduction is not new, with the 2009 Henry Tax Review first examining the benefit behind providing taxpayers with a choice to claim a standard amount or a higher amount with itemisation and substantiation.

The government, however, had previously ruled out such a move after the House of Representatives standing committee on tax and revenue suggested the standard deduction concept in 2018.

“A long-standing principle of the Australian tax system is to tax a person on their income after accounting for legitimate costs incurred in earning that income,” the government said at the time. 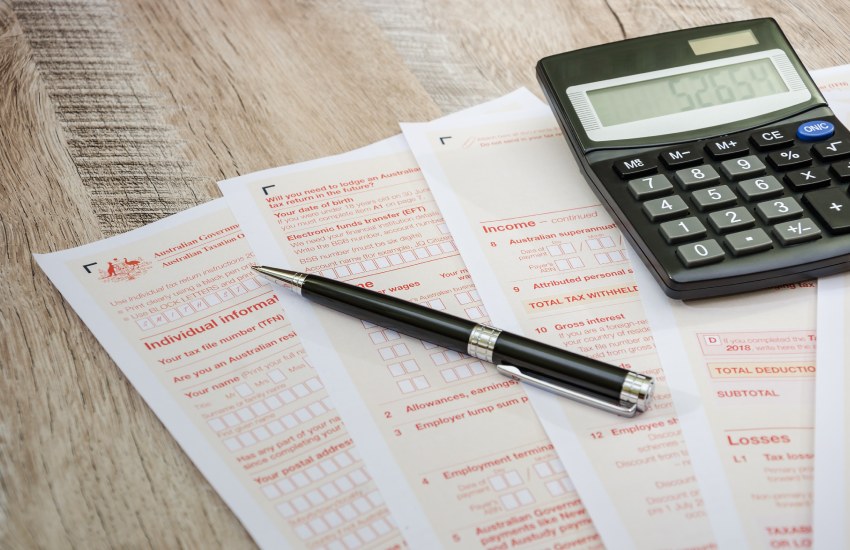