Implications for franking credits in US tax case

The US Tax Court case involving Alan Dixon reveals important details about the IRS’s position on whether a US taxpayer can claim foreign tax credits for Australian franking credits on dividends received from an Australian company, says a US tax lawyer.

Withersworldwide partner, wealth planning and tax, Marsha Dungog explained that while a lot of the local Australian commentary on the US tax court case between former Evans Dixon chief executive Alan Dixon and the US Internal Revenue Service (IRS) appears to focus on the taxation of Australian superannuation funds under US law, the case is primarily about the taxation of Australian dividends by the US. In fact, the superannuation issue was only raised by the IRS after the initial pleadings had been filed.

“According to the court documents filed with the US Federal Court of Claims and the US Tax Court, Alan Dixon was still an Australian citizen but was also a US tax resident which meant that he was required to pay US taxes on his worldwide income, which included dividends he received from Australia. His original US tax returns were prepared by PWC in Sydney, and his amended returns, which triggered the IRS examination of his 2013, 2014 and 2015 tax returns, were prepared by Castro & Co. Certain positions were taken in the amended returns which were reversed by the IRS on examination,” Ms Dungog explained.

Alan Dixon was the chief executive of Dixon Advisory, USA, the US subsidiary of Dixon Advisory Group Pty Ltd, which later merged into Evans Dixon in late 2017 and is a publicly traded company.

“As a US tax resident, Alan Dixon was required to pay US taxes on his salary from the US subsidiary and any dividends received from his ownership interests in Dixon Advisory Australia. When he originally reported those Australian dividends received in his US tax return, he was not be able to claim any foreign tax credits on his US tax returns for Australian taxes paid on the dividends because he did not pay those taxes directly himself. A US individual taxpayer can only claim foreign tax credits for foreign income taxes paid or accrued by the taxpayer himself,” Ms Dungog explained.

“According to the US Tax Court filings which pertained to the 2015 amended tax return, Dixon Advisory Group issued $6,527,412 in dividends to Alan Dixon. In the amended tax returns, these same dividends were reclassified as business income derived from an Australian partnership.”

“That is key, because by claiming that it’s business income, he could then claim a foreign tax credit for the franking credits paid on that business income because it was a partnership, which means everything flows up to the partner, and so that’s how they filed his returns,” she stated.

“When the IRS saw the amended returns, they didn’t agree that it was a partnership, and that it was [in fact] a corporation and that, therefore, he should have been paying tax on the $6 million in dividends. They also added back a few smaller things, but that was the main one. As a result, he ended up with an additional increase in tax of $1.49 million on dividends he received during the 2015 tax year.

“In the US, we don’t recognise that, because the corporation has its own obligation to pay tax on its own dividend, and the shareholder has to pay tax on the dividend, so we tax the same income twice. For a US person to be able to claim taxes paid in a foreign company, that person has to show that it was his liability, and that he was the one that actually paid or accrued that tax, and so a franking credit doesn’t actually qualify as a foreign income tax that can be claimed as a credit on a US individual’s US tax liability.”

“If it’s a partnership then all the liabilities and all the income of a partnership are deemed to be paid directly by the partner, and if Alan Dixon was a partner of the partnership, then he could claim the franking credits as if he paid for it himself,” she said.

One of the big takeaways from this case, she said, is while the IRS has not specifically addressed franking credits in the US tax code at all, they are still taking the position that franking credits are not creditable for US tax purposes.

“One of the biggest misunderstandings among US investors buying Australian shares (and Australians in the US with investments in Australian companies) is that they will be able to receive franked dividends and apply Australian taxes paid by the Australian company that issued those dividends on their US tax returns,” she cautioned.

“The US Federal Court of Claims cases which pertained to the 2013 and 2014 amended returns were actions initiated by Alan Dixon to get a refund of US taxes paid for his 2013 and 2014 tax years. These cases were dismissed on a technicality that had nothing to do with whether or not an Australian superannuation fund is foreign social security exempt under the US-Australia tax treaty.”

She added: “The court held that the amended returns were not personally signed by Alan Dixon and he did not submit a valid power of attorney for Castro to sign on his behalf. It is only because of this technicality that the cases were dismissed. No substantive rulings were issued on the issue of superannuation or franking credits at all.”

The US Tax Court case pertaining to the 2015 amended return is still active and was set for trial on 28 September 2020. A motion for continuance was granted and a new trial date has yet to be set.

Implications for franking credits in US tax case 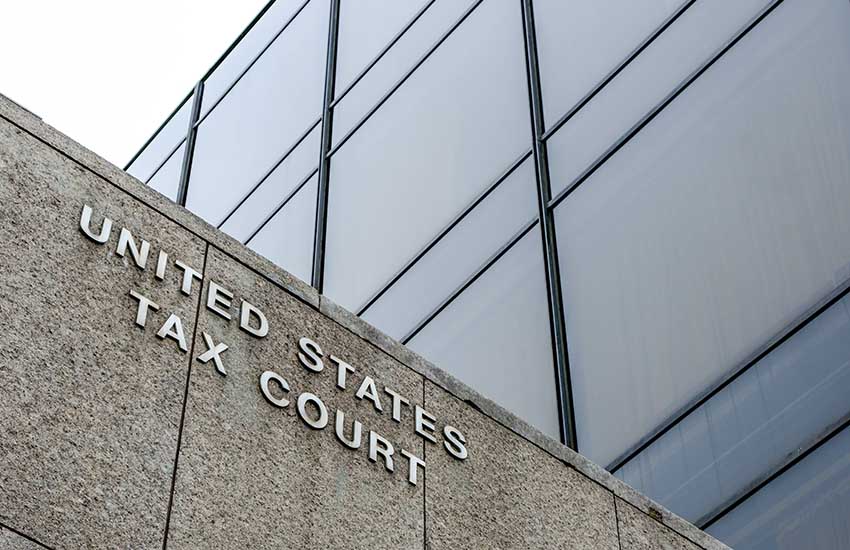