Australian taxpayers were more likely to save their $1,080 tax offset rather than spend it, a new survey has found.

Just 5 per cent of recipients of the government’s doubled end-of-year tax offset of $1,080 for low and middle income earners chose to spend their refunds either in store or online.

Instead, a majority decided to save their tax refunds, with a third opting to do so, according to a survey of 1,006 taxpayers by money.com.au.

The tax offset, which had sparked a surge in early lodgements last year, was also more likely to be used to pay for bills, with 28 per cent of respondents indicating so.

Australians were also more likely to spend it on essential purchases such as groceries and household repairs or pay down the mortgage rather than spend it at retails stories or use it for leisure activities.

Licensed financial adviser and money.com.au spokesperson, Helen Baker, said the findings were related to the lack of wage growth over the last few years and the rising costs of living leading Australians to feel financial pressure.

“In previous years, people would spend their tax return on retail and leisure, but the findings reveal that the majority of us are struggling and are anticipating that the hard times will continue,” Ms Baker said.

“As such, the tax refunds are simply helping us to get by now — help us catch up where we were behind, or help us in future.”

The survey found that adults under 30 and those in their 50s were more likely to save their refunds and have no future spending plans.

“The finding that under-30s and those in their 50s saving more than any other age group is reflective of these life stages,” she said.

“Younger Aussies likely have the goal of saving a deposit for a home, and must demonstrate to the banks that they can save.

“Those in their 50s are also changing their mindset and thinking about their retirement, and have only so many pay packets left.” 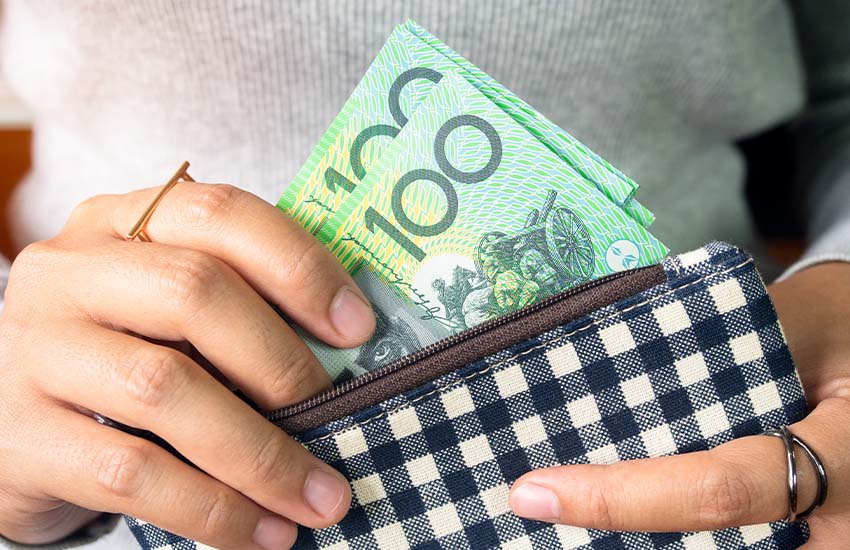