The retail giant is the latest company to self-disclose underpayments to its workforce, admitting payroll errors as far back as 2010 which could run into the hundreds of millions of dollars.

On Wednesday (30 October 2019), Woolworths issued a statement in which it said an internal review had identified that around 5,700 “salaried store team members” had not been paid their full entitlements under the General Retail Industry Award (GRIA).

It affected employees at Woolworths supermarkets and Woolworths Metro stores.

Some 19,000 employees are paid a salary under the award, it said, and most of these are department managers at a store level. Woolworths employs around 145,000 people on an enterprise agreement whom it said were not impacted by the error.

“Woolworths Group began the review earlier this year after the implementation of a new Enterprise Agreement (EA) in Woolworths Supermarkets and Metro stores. The review highlighted an inconsistency in pay for a number of salaried store team members compared to team members paid under the new EA,” the retailer said.

“Annual salaries for store team members are set to cover ordinary working hours and reasonable overtime. However, team members are entitled to be paid the higher of their contractual salary entitlements, or what they otherwise would have earned for actual hours worked under the GRIA.”

According to Woolworths, the review discovered that both the number of hours worked and the times at which these hours were worked were not properly provisioned for when setting individual salaries.

The retailer apologised for the situation and said it “is committed to fully rectifying these payment shortfalls”, and is implementing procedures “to ensure salaried team members’ pay is correct and compliant moving forward”.

Woolworths said it will reimburse affected current and former employees, including interest and superannuation contributions, “as soon as possible”, with interim payments to be made before Christmas covering the review period, which went from September 2017 to August 2019.

A more extensive review will be conducted across all of Woolworths’ Australian businesses — which include Big W, Dan Murphy’s and its network of 323 licensed hotels and venues — to examine compliance more broadly.

It could prove to be an expensive exercise for Woolworths, who said that, using the data already garnered from the initial review spanning only two years, “the estimated one-off impact for remediation, assuming the issue could go as far back as the implementation of the modern award in 2010, is expected to be in the range of $200–$300 million (before tax)”.

That would easily eclipse the amount of underpayments disclosed in recent months by other well-known companies, including Woolworths’ retail rival Wesfarmers at $15 million (plus a separate, as yet undisclosed figure at its Bunnings Warehouse chain), the $7.8 million at former Masterchef judge George Calombaris’ MAdE Entertainment and even the possible $25 million bill faced by Michael Hill Jewellers.

“As a business, we pride ourselves on putting our team first, and in this case we have let them down. We unreservedly apologise. The highest priority for Woolworths Group right now is to address this issue, and to ensure that it doesn’t happen again.”

Woolworths said it would provide a full update on the matter as part of its half-year results to the ASX in February 2020.

Following the revelation, the Fair Work Ombudsman expressed its frustration at the ongoing rate of disclosures of non-compliance from large companies.

“The Fair Work Ombudsman is shocked that yet another large, publicly listed company has today admitted to breaching Australia’s workplace laws on a massive scale,” it said in a statement.

“Woolworths joins Wesfarmers, Qantas, Commonwealth Bank, Super Retail Group, Michael Hill Jewellers and many others in failing to ensure that staff are receiving their lawful entitlements.”

Ombudsman Sandra Parker said that her office would launch its own investigation into the situation at Woolworths, and would “hold them to account for breaching workplace laws”.

“Lately, we are seeing a disturbing number of large corporates publicly admitting that they have underpaid their staff,” Ms Parker said.

“Some of these matters go back many years and several comprise millions of dollars owed to workers. This is simply not good enough.

“It is particularly concerning that many of these corporates have enterprise agreements in place that they negotiated, but then failed to properly uphold the minimum standards. These sorts of careless missteps by business can be costly, often running up into the millions of dollars across an entire workforce.”

According to Ms Parker, the problem is fundamentally the result of “ineffective governance combined with complacency and carelessness towards employee entitlements”.

“If companies do not prioritise workplace compliance from the outset, it can take significant resources and time to fix, particularly where companies do not have accurate records of times worked and wages paid,” she said.

“It is not surprising that workers lose trust in their company when this happens.”

She said the revelations from Woolworths and the other companies should serve as a timely reminder for all businesses of the “reputational risk” attached to flouting workplace laws.

“We encourage corporates to cooperate with us to rectify breaches, but they must understand that admission is not absolution. Companies should expect that breaking workplace laws will end in a public court enforcement outcome,” Ms Parker said.

“I intend to take this issue up with Boards around the country, because frankly that is the level within organisations that should be taking an active leadership role on this issue, and seeking assurance about compliance from executive managers.

“Companies and their Boards are on notice that we will consider the full range of enforcement options available under the Fair Work Act, including court enforceable undertakings and litigation where appropriate.” 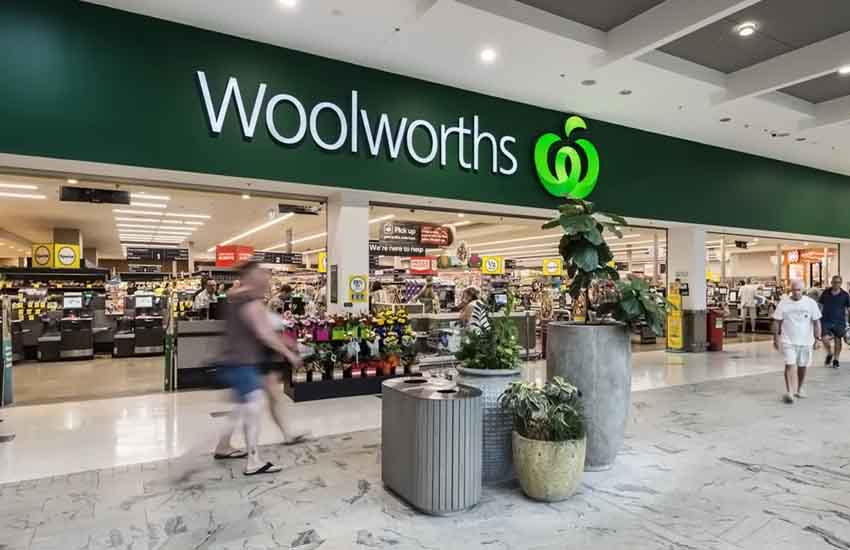