Accountants feature heavily in the ATO’s list of taxpayers’ most bizarre reasons for late lodgement, as the tax office goes on an on-time lodgement blitz following a spike in prosecutions last financial year.

Assistant commissioner at the ATO, Kath Anderson, has issued a series of public messages urging taxpayers to lodge by the 31 October deadline this tax time. This particularly applies to those who suspect they’ll have a tax debt.

Tax-related prosecutions have spiked in recent years. In the financial year 2015/16, the ATO prosecuted about 1,300 individuals and 400 companies. Of those cases, around 880 related to GST, and 1,030 to income tax.

Some of the “boldest” examples that ATO officers have heard for non-compliance so far this year feature several questionable tales about accountants.

One taxpayer told the ATO their paperwork flew out the window on the way to see an accountant. Another said their accountant had gone to prison, and was slower at processing returns than normal because of restricted access to computers behind bars.

Another said his ex-wife burnt all his tax records, as well as all of his other belongings, which is matched only by the taxpayer who said they were prevented from visiting an accountant because they have an illness that only allows for 30 minutes of work per week.

So far this year, about 7.7 million returns have been lodged, with tax agents accounting for 5.2 million of those.

“Tax agent lodgements are well and truly in line with last year, and we expect to see millions more agent lodgements following the deadline for self-preparers,” an ATO spokesperson told Accountants Daily.

The ATO is also in the process of distributing tax agents their annual Lodgment Program Performance summary, which was delayed as the tax office processed penalty remissions following the spate of digital outages plaguing the portals since Christmas last year.

The program is designed to encourage tax agents to hit an on-time lodgement performance of 85 per cent for fringe benefits tax and income tax returns.

The outages significantly impacted tax agents’ ability to lodge on time for various deadlines this year, which the ATO acknowledges.

“How agents chose to take up the support offered is reflected in their lodgement program performance. Due to the varying types of support and their impact on the measurement of lodgement performance, it is not possible to do an overall comparison to the previous year’s performance,” the spokesperson said. 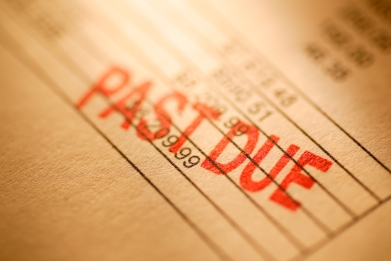