‘Someone will sue you’: CAs told to tighten quality control

A forensic accountant has told CAs to firm up their risk management procedures, with several case studies supporting the argument that “sooner or later, someone will be upset enough to have a go.”

Chartered accountant and director of Veritas Corp, Sharlene Anderson, said it is a function of time and Australia becoming increasingly litigious that accountants will have clients who take some form of legal action against them.

“When I did my public practice certificate, one of the instructors at the time said ‘sooner or later, someone will sue you,’” Ms Anderson told delegates at a Chartered Accountants Australia and New Zealand event in Sydney this week.

“It doesn’t mean that they will be successful, but they will have a crack,” she said.

Having watertight quality control and risk management procedures in place are crucial to an accountant's defence, in particular, a detailed document trail. This is well known and accepted as best practice, but not always strictly followed.

“There’s an old adage: if it’s not documented, it didn’t happen. You might know and say that you’ve put things in place, but if there’s no trail of evidence of what you’ve done, that’s likely to be a problem and it’s central to your defence,” Ms Anderson said.

Ms Anderson cited various cases which indicate that auditors in particular are often in the firing line for disgruntled clients, particularly those clients who have suffered losses, regardless of whether they have a strong case.

For example, Ms Anderson noted one case where an SMSF had invested a significant portion of its portfolio in a law mortgage scheme.

Several years later, it was discovered the investment was a Ponzi scheme, after the SMSF invested close to $800,000 over several years.

In this particular case, despite the client being advised at the time by an accountant and a financial planner, the client sued the auditor.

‘Someone will sue you’: CAs told to tighten quality control 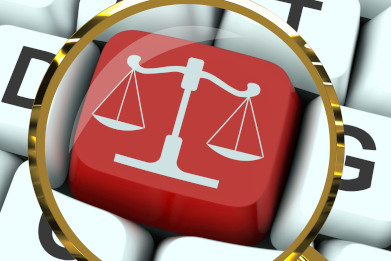