One big four firm has welcomed the parliamentary committee report on whistleblower protections and has highlighted the role that accounting firms can play in encouraging whistleblowers to come forward. 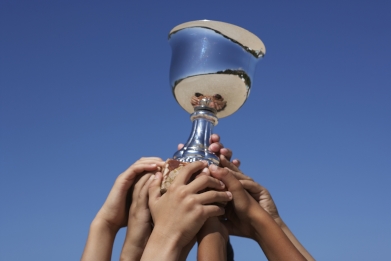 Last week the parliamentary joint committee on corporations and financial services released a whistleblower protections report, recommending separate public and private whistleblower protection legislation after analysis revealed that Australia's laws are currently comprehensive for the public sector, but lacking in the private sector.

“In my view, these new proposals are a major step forward for Australia — if adopted, they will strengthen the credibility of our private and public sectors significantly,” Ms Witherdin told Accountants Daily.

“As a nation, we have been talking about the pitfalls of the current system for decades. It is encouraging to see that this talk has now translated into action — with government, regulators and industry seeing the benefits that a strong and effective whistleblower framework can bring.”

Ms Witherdin said it is important to recognise that the proposals are not just about bringing justice to whistleblowers by providing them with legal protection, financial compensation and even the potential of rewards.

“The proposals are equally about providing Australian organisations with a system that will help facilitate earlier detection of wrong-doing, to greatly minimise the financial, reputational and cultural impacts of fraud and misconduct,” she said.

While labelling the proposals as “comprehensive and well thought-out”, Ms Witherdin said the “devil will be in the detail” of the legislation.

“For example, it is proposed that the reward system for whistleblowers will be capped and take into account certain factors such as the degree to which the information led to the penalty, the timeliness of the disclosure and how the whistleblower went about reporting the information,” she said.

“It will be important that the cap is set at an amount that achieves the objectives referred to in the proposals — motivating whistleblowers and penalising companies appropriately, without creating a US-style bounty bonanza.”

“Whistleblowers will be more likely to come forward if there is a proper internal process in place that they know about and can trust,” she said.

“Accountants should be considering what internal whistleblower program is in place at their client's or own businesses, and whether it is effective. Whistleblowers should have a variety of avenues with which to raise concerns, including telephone, web and email. They should also have the option of speaking up anonymously if they wish, and doing this 24/7.”