A mid-tier accounting firm has voiced its support of the government’s plans to establish a 'one-stop shop' for all financial and superannuation disputes.

Yesterday, the Minister for Revenue and Financial Services Kelly O’Dwyer announced that the government has created a transition team to lead the establishment of the Australian Financial Complaints Authority (AFCA).

Chaired by Dr Malcolm Edey, the former assistant governor (financial system) of the Reserve Bank of Australia, the team will ensure the AFCA is operational by 1 July 2018.

Charlie Viola, head of wealth and advisory at Pitcher Partners Sydney told Accountants Daily that the AFCA would be good step forward in the financial services dispute resolution space.

“We would be supportive of any centralised and regulated effort to protect consumers. If the outcome of the establishment of AFCA is that consumers gain more confidence in the financial services industry, and it acts to weed out service providers with poor behaviours, then we are extremely supportive of its creation,” Mr Viola said.

“Consumers need to feel comfortable that they are getting the right advice, that is in their best interest, so any government initiative which has this as its focus, can only be a positive thing.”

While Ms O’Dwyer confirmed that the transition team will consult with industry and consumer stakeholders, as well as the Financial Ombudsman Service, Credit and Investments Ombudsman and Superannuation Complaints Tribunal, Mr Viola hopes that the consultation process is far reaching.

“We would hope that the transition team seeks input from right across the industry and not just the banks and major financial institutions to ensure that complying with any changes is a level playing field, and not just something that benefits the major integrated service providers,” he said. 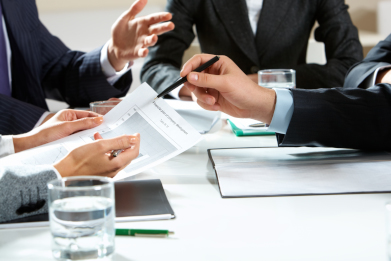