The Commissioner of Taxation has announced a focus on minimising tax gaps and plans to publish tax gap data based on various market segments for the first time, however one industry body has labelled the statistics "subjective". 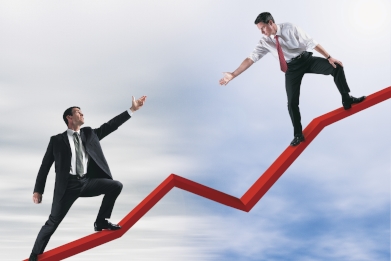 In his address to the National Press Club yesterday, Commissioner of Taxation Chris Jordan AO outlined some of the “next big challenges” the ATO is facing, including minimising tax gaps.

A tax gap is “an estimate of the difference between the amounts the ATO collects and what we would have collected if every taxpayer was fully compliant with the existing laws”, according to Mr Jordan.

While admitting that they will never be able to eliminate the tax gap completely, Mr Jordan said the ATO is aiming to minimise it as much as possible.

“Tax gaps exist in all countries and they are driven by economic, cultural and human factors, globalisation, complexity in business and legal systems, the quality of tax administration, clarity of tax law, the behaviour of those who take aggressive tax positions, and genuine misunderstandings and errors,” Mr Jordan said.

“Tax gap estimates are an important part of the performance and accountability story for any modern tax authority.”

While the ATO has been publishing some gap estimates for several years, Mr Jordan said this year they plan to release more detailed data.

“Over the coming year, our intention is, for the first time to publish estimates for corporate tax and income tax for the different market segments,” he said.

“The first cab off the rank will be the large market corporate tax gap which we will release formally next month.”

While welcoming the publication of tax gap information, the Tax Institute senior tax counsel Professor Robert Deutsch is concerned that the data cannot be accurate.

“Tax gap information can be subject to misinterpretation. How exactly the gap is calculated remains somewhat of a mystery,” Mr Deutsch said.

“It appears to represent the difference between the amount the ATO collects and the amount the ATO would have collected if every taxpayer was fully compliant with all the existing laws. The first amount is known but the second is debatable.”

“Anyone who views this calculation as simple maths would fail to acknowledge that the second amount can mean different things to different people. For example, it seems the tax gap does not include tax minimisation which is allowable under the law. What that is, is a subjective matter.”

In his speech Mr Jordan disclosed the gap that the ATO has estimated, based on 2014-15 data.

“It is approximately $2.5 billion; equivalent to about 6 per cent of the collections for that market, and similar to the gap estimated for large corporates in the UK,” Mr Jordan said.

“The gap tells us that we are getting around 94 per cent of the corporate tax we should from this market – approximately 91 per cent coming in voluntarily and 3 per cent through compliance interventions.”

“From all indications, 94 per cent is around global best practice, and many countries aspire to this level of compliance.”

Mr Jordan pointed to various new taxes that have helped and will continue to help reduce that gap.

“With a number of recent law reforms in this market since [2014-15]; the MAAL, DPT, the BEPS Anti-Hybrid Rules, the exchange of information, much better sharing of data between international tax authorities, and the corporate transparency measures, we are better placed to ensure that what is earned here is taxed here,” Mr Jordan said.