A mid-tier accounting firm has highlighted the challenges and unexpected impacts of the new leasing standard on businesses, which will extend beyond their accounting function.

The new accounting standard from the Australian Accounting Standards Board, AASB 16 Leases, will apply from 1 January 2019, however early adoption is permitted.

RSM Australia national technical director, Ralph Martin, believes that for many businesses the impact is likely to be felt far outside the accounting function.

“Australian private companies are required to have an audit only if they meet two out of the three size criteria in the Corporations Act 2001 — $25 million of revenue, $12.5 million of assets, and 50 employees,” he said.

“Some companies which were previously under the assets threshold may find that the impact of the new leasing standard is to increase their asset base to a size where they require an audit for the first time.”

Secondly, mergers and acquisitions may become more challenging, according to Mr Martin.

“The application of the new standard is likely to present challenges for entities engaging in M&A activity. Applying AASB 16 will change several key metrics used in assessing acquisition transactions,” he said.

These include reported cash flows being presented differently, expenses being front loaded towards the earlier part of the lease, and financial statements being prepared on a “modified retrospective” basis.

Mr Martin said the third associated challenge will be that banking covenants may be harder to comply with.

“Many lending agreements include covenants requiring the borrower to comply with particular financial ratios. Common ones include gearing (debt to equity) and interest cover (interest expense compared to profit), or variants upon these ratios,” Mr Martin said.

“Adoption of AASB 16 Leases may significantly alter these calculations.”

A fourth impact of the new accounting standard is that earnings before interest, tax, depreciation and amortization (EBITDA) may change significantly, according to Mr Martin.

“The effect of this may be to significantly increase EBITDA and similar metrics, as costs previously included in operating expenses are now being added back as part of interest and depreciation.”

Lastly, Mr Martin said that AASB 16 may have an effect on systems and data, as many businesses currently manage their leases in a relatively decentralised way.

“Lease arrangements may be entered into by several different departments, which may not consult with the finance team prior to entering into the lease, and may not realise the accounting impact of different leasing structures,” he said.

“There may be no central repository or register of all leases that an entity holds. Even if such a register does exist, it may not hold all of the information necessary to apply the requirements of AASB 16 Leases.” 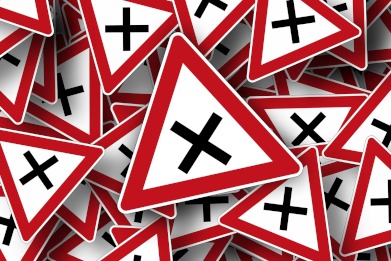