Proposed legislation to extend crowdsourced funding to proprietary companies has been welcomed by an accounting body, which sees it as a positive move for both accounting firms and their SME clients.

The Institute of Public Accountants (IPA) has voiced its support for new proposed legislation that would see crowdsourced funding extend to proprietary companies.

The legislation is due to come into effect for public companies on 29 September 2017.

“The IPA is pleased to see that the government has recognised the need to provide an alternative source of funding for entrepreneurs and small to medium enterprises,” said Andrew Conway, CEO of the IPA.

“The proposed amendments will bring significant benefits that flow from bridging the 'capital gap' faced by many young and emerging start-ups.”

IPA’s executive general manager of advocacy and technical, Vicki Stylianou, told Accountants Daily that she believes the proposed legislation will go ahead.

“It’s pretty much got support by all parties; it’s not really contentious or anything like that,” she said.

“I haven’t heard that there's going to be any problems getting it through so hopefully it should get through pretty easily.”

Ms Stylianou said that it’s important for accountants to be across innovative development to the financial services sector such as this.

“I think it will be great for accountants' small business clients who may want alternative sources of funding, especially clients who may be entrepreneurial and may not have a track record, so it gives them wider scope for getting funding,” she said.

“We've been pushing members to look at things like crowd funding and just be aware of them and have them in their kitty so to speak so that they can get more involved with what's happening in the sharing economy and the digital economy.”

Ms Stylianou also added that accounting firms will be able to take advantage of the new legislation for their own innovative business ventures.

“There are a lot of accountants who do entrepreneurial things, they come up with innovations and may very well want to look at something like crowdfunding as a way of sourcing funding,” she said.

“I think that accountants, as small business and SMEs themselves should take advantage of it.” 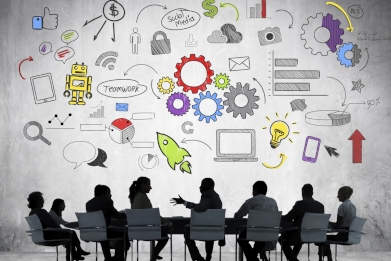