Big four firms and financial services institutions alike have assessed the government’s proposed super savings scheme for first home buyers, and have so far had mixed reactions to its effectiveness as a policy.

In yesterday’s federal budget, Federal Treasurer Scott Morrison proposed a measure that will allow individuals from 1 July 2017 to make voluntary contributions of up to $15,000 per year and $30,000 in total to their superannuation account to purchase a first home.

The government stated that these voluntary contributions, which are taxed at 15 per cent, along with deemed earnings, can be withdrawn for a deposit. Withdrawals can be made from 1 July 2018 and will be taxed at marginal tax rates with a 30 per cent offset.

PwC director of private clients Liz Westover said for young Australians trying to save for their first home, it’s a good incentive to save tax effectively and it doesn’t really compromise their super guarantee contributions for their retirement.

“I think that was always one of the concerns that we had, [that] if people were able to tap into their super, it was then going to ultimately impact on their retirement savings,” said Ms Westover.

“What this does is give them the capacity to save in a tax effective environment without compromising those retirement savings.”

Deloitte head of superannuation, Russell Mason, also voiced his support for the scheme, given it does not impact the compounded savings of SG contributions.

“We are pleased that the government did not allow the SG contributions to be eroded. We are also pleased that the scheme, which will be administered by the ATO, will hopefully mean that an additional administrative burden, and therefore additional cost, will not be placed on superannuation funds,” he said.

However, Colin Lewis from Perpetual Private questioned how effective the measure would be in terms of addressing housing affordability for younger buyers.

“Every bit counts, and I do appreciate that, but it’s not going to make massive changes in terms of deposits for people in the Sydney and Melbourne markets,” said Mr Lewis.

“Especially when they’re working within the existing caps, too. So you’ve still got the $25,000 cap applying and if you’ve already got compulsory employee super guarantee contributions coming in, there isn’t really any carve out for additional salary sacrifice contributions.” 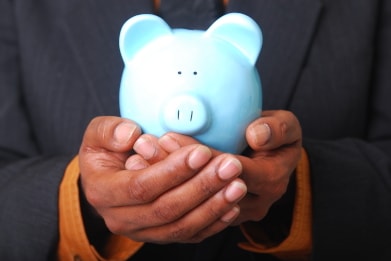