In a case which involved the ATO and the Australian Federal Police, a woman who claimed a total of $1.3 million in fraudulent tax refunds with her co-accused had been sentenced to three years in jail.

Last week, Thai national Pornpat Chuensukjit was sentenced in the New South Wales District Court to three years in jail after being convicted of three counts of refund fraud.

In 2010, Ms Chuensukjit deceived three registered tax agents to lodge a total of 217 income tax returns with the ATO over a two-month period on behalf of unsuspecting taxpayers.

Kritsakul Thavapitak provided forged documents which were accepted by the tax agents as genuine. The refunds were either moved by Mr Thavapitak to other accounts or withdrawn as cash.

During this time, the pair claimed a total of $1.335 million in fraudulent tax refunds.

Ms Chuensukjit and Mr Thavapitak were arrested in 2014 after a two-year joint investigation between the Australian Federal Police and the Australian Taxation Office.

“Refund fraud cheats the whole community and takes money out of the pockets of Australians who do the right thing,” Mr Cranston said.

“We have a range of controls and systems in place to detect potential refund fraud and will pursue those who engage in this kind of criminal behaviour.”

His Honour Judge Peter Zahra SC said that taxpayers cannot be allowed to defraud the Commonwealth, believing that detection only leads to a requirement to pay back the money.

“The offender and others within the enterprise took advantage of the ATO processes of self-assessment which reposes on those submitting returns a heavy duty of honesty,” Judge Zahra said.

“Offences of this kind are a burden on the community as they diminish the funds available for the maintenance of important community services. Dishonest claims increase the burden on honest taxpayer in order that a level of revenue is maintained for good government.”

Mr Thavapitak was sentenced in the New South Wales District Court in November 2016 to two years in jail. 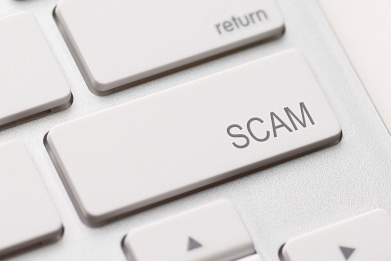