The new ATO penalties for SMSFs

With a new penalty regime now in play for the self-managed superannuation fund (SMSF) sector, life is about to get a whole lot tougher for SMSF trustees who breach the rules. 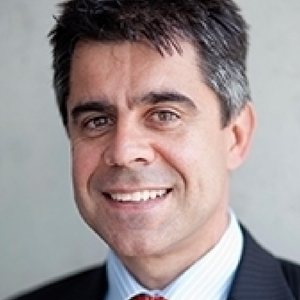 Introduced as part of a package of SMSF reforms, the new penalties are designed to improve the operation, efficiency and integrity of the SMSF sector.

It would be wrong to assume these penalties were introduced in response to a poor compliance culture in the SMSF sector. To the contrary, only around 2 per cent of SMSFs are reported as contravening the rules each year. In fact, in the year ended 30 June 2013, Australian Taxation Office (ATO) statistics show there was a 10 per cent decrease in the number of SMSFs with reported breaches and an 11 per cent decrease in the overall number of contraventions reported.

So why the need for new penalties? Simply put, the previous penalty was inadequate and often did little to discourage SMSF trustees from breaching the rules. Applying penalties under the previous regime was often costly and time-consuming for the ATO and the potential consequences disproportionately high. As a result, the ATO rarely used their penalty powers except in cases of significant non-compliance with the law.

What are the new penalties and how will they apply in practice?

The new penalties will provide the ATO with additional penalty options which are both educational and punitive. The penalties will work in conjunction with the previous penalties and give the ATO new powers to impose a rectification direction or an education direction where it reasonably believes that a trustee or director of a corporate trustee of an SMSF has contravened a provision of the Superannuation Industry (Supervision) Act 1993 (the SIS Act) or Superannuation Industry (Supervision) Regulations 1994 (SIS Regulations).

The new penalties will provide the ATO with a flexible and cost-effective mechanism for imposing sanctions that more appropriately reflect the nature and seriousness of the breach, and will support the ongoing integrity of the SMSF sector.

The new ATO penalties for SMSFs Prior to joining AMP, Peter was the National Technical Director for the SMSF Professionals’ Association of Australia (SPAA) and a previous SPAA board member. Peter has a strong reputation as an authority in SMSF policy and technical services. He is an adjunct lecturer with the University of Adelaide and is a widely published author on SMSFs.