With only days left to the end of the financial year, technical experts Australia-wide have highlighted critical action points for SMSF clients around contributions, pensions and TBAR, and some potential traps to be wary of. 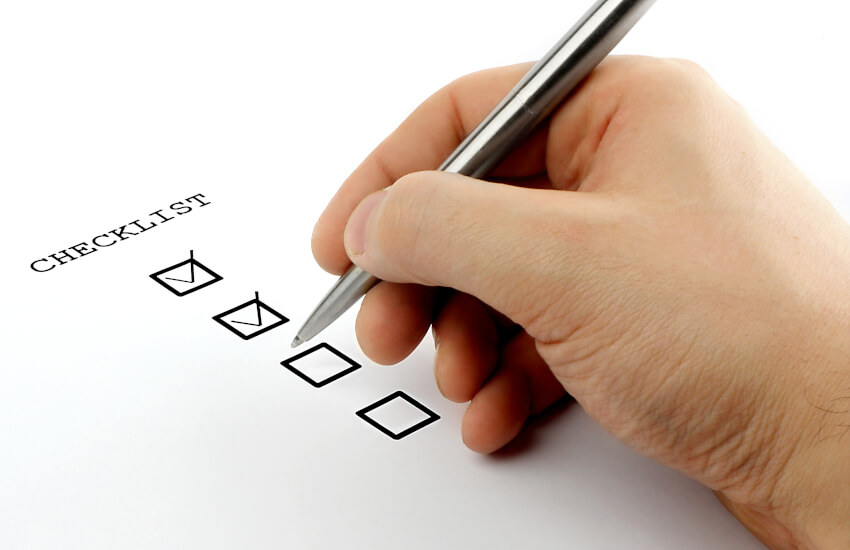 With 30 June falling on a Saturday this year, BDO recommends that any contributions for the 2017–18 financial year are made by Wednesday 27 June at the very latest to ensure they are received by the super fund prior to the end of the financial year.

SuperConcepts executive manager of technical services Mark Ellem said that if contributions are being made by internet banking, it is important to be aware of the service conditions that apply, the date the transaction will be processed and importantly when the deposit will show in the fund’s bank account.

“Where an electronic contribution is made on 30 June 2018, generally, the deposit will not appear in the fund’s bank account until the following day, which is the next financial year, and some banks may not process until the next business day,” he warned.

Mr Ellem said where an electronic deposit appears in the fund’s bank account post 30 June 2018, it cannot be recorded as a contribution in the 2017–18 financial year.

“Paperwork indicating that the contribution was instigated on or before 30 June 2018 won’t be sufficient to show that it belongs to the 2017–18 financial year, if on the fund’s bank statement the date of receipt is 1 July 2018 or later,” explained.

“This would allow for a contribution to be made on 30 June 2018 by personal cheque, received by the fund on the same day, but not banked until 2 July 2018 and still recorded as a contribution in the 2017–18 income year,” he said.

“However, the best course of action is to ensure all intended contributions for 2017–18 are made in plenty of time before 30 June 2018.”

With the concessional contribution caps dropping to $25,000, Mr Ellem said practitioners should be careful to ensure clients don’t exceed this limit, especially where they have salary sacrifice arrangements in place.

Hewison Private Wealth director Chris Morcom said the 10 per cent test for personal contributions has been removed from the 2016–17 financial year onwards, which previously prevented those earning more than 10 per cent of their income from salary and wages from claiming a deduction for personal superannuation contributions.

“I would encourage anyone who would benefit from increasing their retirement savings as well as getting a tax deduction to look at that.”

“I think it's a fantastic way for couples to ensure their superannuation balances are relatively even, particularly for women who take time out of the workforce,” said Mr Morcom.

“I certainly encourage couples to look at contribution splitting and that needs to be done prior to the lodgment of the tax return.”

“If they have more than $1.6 million in super that will exclude them from making any non-concessional contributions,” said Mr Rafton.

“Another hidden trap is if they've already triggered their bring-forward cap in the 2017 year for example. The contribution limit has dropped from $180,000 down to $100,000 and that will impact on how much of that bring-forward amount they can use.”

He also noted that those aged between 65 and 75 will need to meet the work test to be eligible to make a contribution.

As with contributions, Mr Ellem stressed that electronic pension payments should not come out of the fund’s bank account any later than 30 June 2018 to be counted in the 2017–18 income year.

“For most SMSFs, the type of pension being paid to a member is an account-based pension. For these, minimum payments are based on age at the start of the year or age when commencing a pension during the year,” he reminded practitioners.

In terms of transition to retirement pensions, it is very important that the 10 per cent maximum limit is not exceeded, he noted.

“Unlike the minimum pension, where a TTR starts part way through the income year, the 10 per cent maximum pension payment is not required to be prorated,” he said.

Mr Ellem said it is also worth noting that this 10 per cent maximum limit for a TTR must take into account any PAYG withholding in relation to a pension paid to a person under age 60.

“Exceeding this 10 per cent maximum limit for a TTR will result in all payments being treated as lump sum benefit payments and not pension payments,” he cautioned.

“As a TTR usually consists of preserved monies, any payments treated as lump sum benefit payments will be in breach of the preservation rules.”

The ATO has made clear, he said, that a pension payment must be a cash payment and cannot be an in-specie payment.

“Consequently, this means that at least the minimum pension has to be paid in cash. Note, if the member is under age 60, the fund will also require the cash to satisfy any PAYG withholding requirements.”

PAYG withholding for pensions to members under age 60

Where a pension is paid to a member under age 60, Mr Ellem reminded practitioners that the fund is required to abide by the PAYG withholding (PAYGW) requirements in relation to the taxable component.

“Any PAYGW remitted to the ATO as part of the June 2018 activity statement will count as a payment in the 2017–18 financial year and towards the 2017–18 minimum pension payment and, for a TTR, the 10 per cent maximum pension allowed,” said Mr Ellem.

“The fund will also be required to issue the relevant PAYG summary statement to the member by the relevant due date.”

He also reminded practitioners that PAYGW and reporting also applies, from 1 July 2017, to any pension that is a “capped defined benefit income stream”, regardless of the age of the member.

“The SMSF will also be required to issue a PAYG summary statement to the member, regardless of whether there has been any actual amount withheld and sent to the ATO,” he said.

“Lump sum benefit payments to members under age 60 at the time of the payment are also subject to the PAYGW rules and whilst there is a $200,000 low rate cap for 2017–18, there is still the requirement for the fund to register as a PAYG withholder and issue the relevant PAYG summary statement after 30 June.”

One requirement that might have slipped by practitioners and clients, Mr Morcom said is the need to lodge the transfer balance account report for the year ending 30 June 2017 by 30 June.

“Information about the member’s pension account needs to be included in that report,” he said.

SuperConcepts general manager of technical services and education Peter Burgess noted that where a member was in receipt of a capped defined benefit pension or flexi pension as at 30 June 2017, the member’s accumulation phase value at 30 June 2017, even if it is nil, will also need to be reported via a TBAR.

“This is because the ATO is unable to recreate the member’s accumulation phase balance from the information provided on the fund’s annual return and the TBAR,” said Mr Burgess.

“Unlike an account-based pension where the ATO is able to determine the member’s accumulation phase value by subtracting the member’s transfer balance account from the closing member balance reported in the fund’s annual return, the value of a capped defined benefit pension and a flexi pension is based on the pension’s special value.”

Subtracting a member’s transfer balance account, which includes a capped defined benefit pension or flexi pension, from the member’s closing balance reported in the fund’s annual return is likely to give a value which is very different to the member’s actual accumulation phase value, explained Mr Burgess.

“Unlike the reporting of 30 June 2017 pension balances which is required by 1 July 2018, accumulation phase values don’t need to be reported until 8 September 2018,” he noted.

For SMSFs with assets that are not on-market, such as real estate and collectables, it’s a good idea to line up the relevant assessors, where needed, early, he said.

“External valuations may not be required every year, however, superannuation law requires the SMSF trustees to turn their mind to and determine market value for each year’s annual financial statements,” he said.