Thanks to a number of government incentives and a favourable economic market, it has never been easier to establish your own company and enjoy immediate success.

For many years, the regulatory environment was favoured towards large businesses who had resources readily available to adapt to changes in the market, however this made it difficult for small business to not only be successful but also enter the market. However since the 2015 Budget, a number of incentives were put in place alongside lowered barriers to entry which made it easier for small business to be successful in their chosen markets.

Firstly, a number of tax-based incentives were introduced in the 2015 Budget which included a discounted corporate tax rate, immediately deductibility of assets and relief on FBT on employee incentives such as electronic devices. Another key provision that was first introduced as a part of the 2016 Budget was increasing the threshold of what a small business is. Prior to this, a small business was defined as an entity whose turnover, the amount of income received in a financial year, was less than $2 Million. This is a progressive policy rather than a once off as the threshold for a small business will continually increase over the financial years before being set at $50 Million by the 2019 Financial Year. At the same time the threshold is being increased, the corporate tax rate applicable to small business will progressively decrease from 28.5% in the 2017 financial year before reaching the final rate of 25% the 2027 financial year. The Federal Government has also introduced as number of grants that are aimed at helping the cash-flows of start-up companies.

The Accelerating Commercialisation program run by AusIndustry provides businesses with access to expert advice and matched funding of up to $1 million to cover eligible commercialisation costs to help them to take novel products, processes and services to market. The grant is made a available for up to two years and is made available to incorporate, for-profit companies. Individuals, partnerships or trusts may also be available for the incentive but need to agree on forming a for-profit company on upon being awarded the grant. To encourage early stage investment into innovative companies, the Federal Government has introduced a non-refundable equal tax offset 20% of the value of their investments, which is capped at $200,000. There is also a CGT discount on losses or gains made on the investment. Again, this is only available for incorporated, for-profit companies. Whilst these regulations have been initiated by public policy, the economic performance of the market has also resulted in a favourable operating space for new entities.

The current cash rate in Australia has been at a record low for the past twelve months which has a direct effect on the interest paid on borrowed money. Lower interest rates mean that it is more affordable to borrow money and small businesses can take advantage of low rates to pay down debts. It’s extremely advantageous for businesses to borrow money when interest rates are low because it means that businesses are able to expand with minimal costs. The low interest rates also has a trickle-down effect to consumers, as with lowering borrowing costs results in more disposable income being able to be spent on goods and services. Red tape has also been cut allowing ease of entry into the commercial market.

A number of service providers allow individuals to establish their business structure online and register directly with government bodies including ASIC and the ATO. Company123.com.au is a online platform which allows uses to register for-profit companies, along with trusts, trade marks and Self Managed Super Funds in a simple and cost effective manner. By providing an easy-to-use platform, Company123.com.au has made it easier for individuals as well as professionals such as accountants and lawyers to register companies, so that time and money can be better used elsewhere. As the online form has a direct connection to ASIC this means that there is litter to no wait time to receive your company documents, so users can register a company ready to trade in under 30 minutes.

To find out more about how Company123 can assist you & your clients head to Company123.com.au. 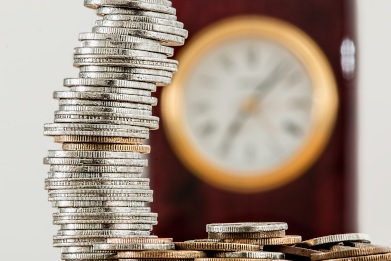